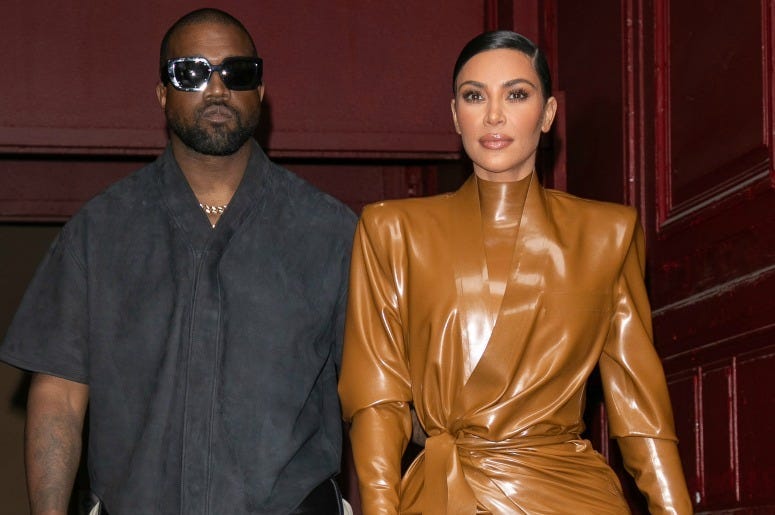 Kim Kardashian West is asking for "compassion and empathy" for her husband, Kanye West. She addressed Kanye West's struggle with bipolar disorder on her Instagram stories. Kim Kardashian West said that she kept quiet about Kanye West's struggle until now out of respect for his privacy and a desire to protect their children... "But today, I feel like I should comment on it because of the stigma and misconceptions about mental health." She went on to say that her family and friends are largely "powerless" to intervene or force Kanye West to get help because he is an adult. Kim Kardashian West said that her husband is a "brilliant but complicated person," whose "words some times do not align with his intentions." She ended by asking for "compassion and empathy" from the media and the public during this difficult time while they try to navigate through this.

Dave Franco is currently preparing to turn into rapper Vanilla Ice! The actor spoke publicly about the role for the first time this week in a new interview. Dave Franco said, "We have been in development for a while but we are inching closer and closer to preproduction." Dave Franco said he's even had phone calls with Vanilla Ice himself about the project while he's been stuck in quarantine. He explained, "Rob is such a sweet and intelligent guy and he's been super helpful in the process of getting all the details correct and making us privy to information the public doesn't know." There's currently no start date on the project because of COVID-19, but can you imagine all the things we DON'T know about Vanilla Ice?!

Eminem Is Reportedly "Stressed Out" About Mariah Carey's Upcoming Memoir

Eminem is aware that his ex-girlfriend Mariah Carey could very well tell all about their past in her upcoming memoir, and it's stressing him out! According to Us Weekly, “They had a very toxic relationship... He knows that Mariah is going to say very negative things about him. He is expecting the onslaught... Marshall is stressed out that Mariah is going to say... that he was bad in bed or a selfish lover because he has always been very insecure about that... She knows that.”