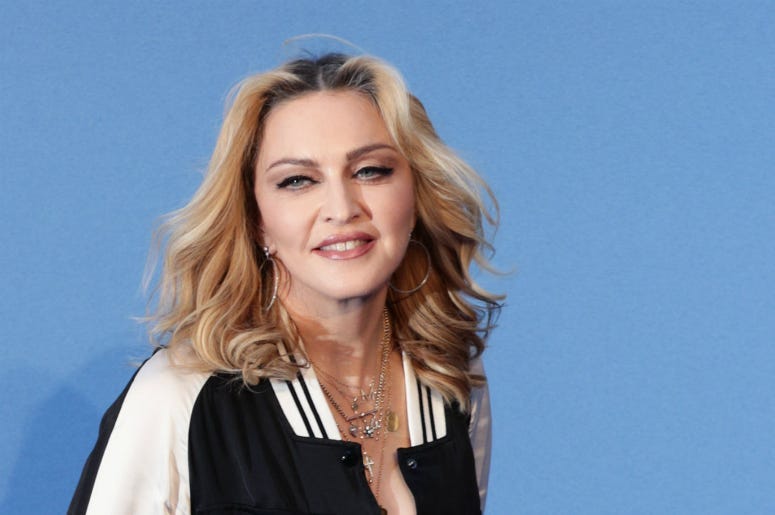 Madonna deleted a video from her Instagram account that the app had flagged for spreading false information about COVID-19. The video that Madonna posted featured Dr. Stella Immanuel, a Houston-based doctor who said that masks were unnecessary. The doctor also claimed that she had effectively treated hundreds of coronavirus patients with the malaria drug hydroxychloroquine. Madonna posted the video of Dr. Immanuel with a caption that read, “my hero.” Madonna also claimed that a COVID-19 vaccine “has been available for months,” but that “people in power who stand to make money from this long drawn out search for a vaccine” don’t want to make it available. Before Madonna deleted the clip, it was blurred out by Instagram with a message that read, “False Information. Reviewed by independent fact-checkers.”

Taylor Swift is taking action quickly against the accusations that she copied the logo for merchandise for her new studio album, Folklore. She and her team quickly responded to the owner of a business called The Folklore. In an Instagram post, owner Amira Rasool explained that the logo belonged to her store. Amira Rasool said, “She is currently selling merchandise with the words “The Folklore” printed on them. Based on the similarities of the design, I believe the designer of the merch ripped off my company’s logo.” Here's the statement that was released by Taylor Swift's team: “Yesterday, we were made aware of a complaint that the specific use of the word ‘the’ before ‘folklore album’ on some of the folklore album merchandise was of concern. Absolutely no merchandise using ‘the’ before the words ‘folklore album’ has been manufactured or sent out. In good faith, we honored her request and immediately notified everyone who had ordered merchandise with the word ‘the’ preceding ‘folklore album’ that they will now receive their order with the design change.” The business owner was happy that Taylor Swift and her team recognized this and took appropriate action. She also said, “Taylor‘s team took swift action to have ‘the’ removed from all merchandise… It was a great first step and we are in conversation right now with Taylor‘s team about the next steps to make this situation right."

I love this story! If you missed it, Mara Soirano had a bear containing a voice message from her mother who passed away due to cancer last year. She was moving home when someone stole the backpack that it was in, which also contained other things of monetary value, such as a Nintendo Switch. Mara Soirano only cared about the bear though. Ryan Reynolds got wind of the story and offered a $5,000 reward for the bear's return, NO QUESTIONS ASKED. That made the story go viral, with a bunch of other celebrities and people tweeting about it. Well, the bear has been found! Mara Soriano received a message from someone claiming to have found the bear. She met with two men in a public place and one of them handed her the bear. The men told her that they saw the security footage of the theft, recognized the thief, and got it from him. Mara Soriano said she gave the men an undisclosed amount of her own money "as collateral," hoping that Ryan Reynolds will follow through and give the full reward. I'm sure he will!