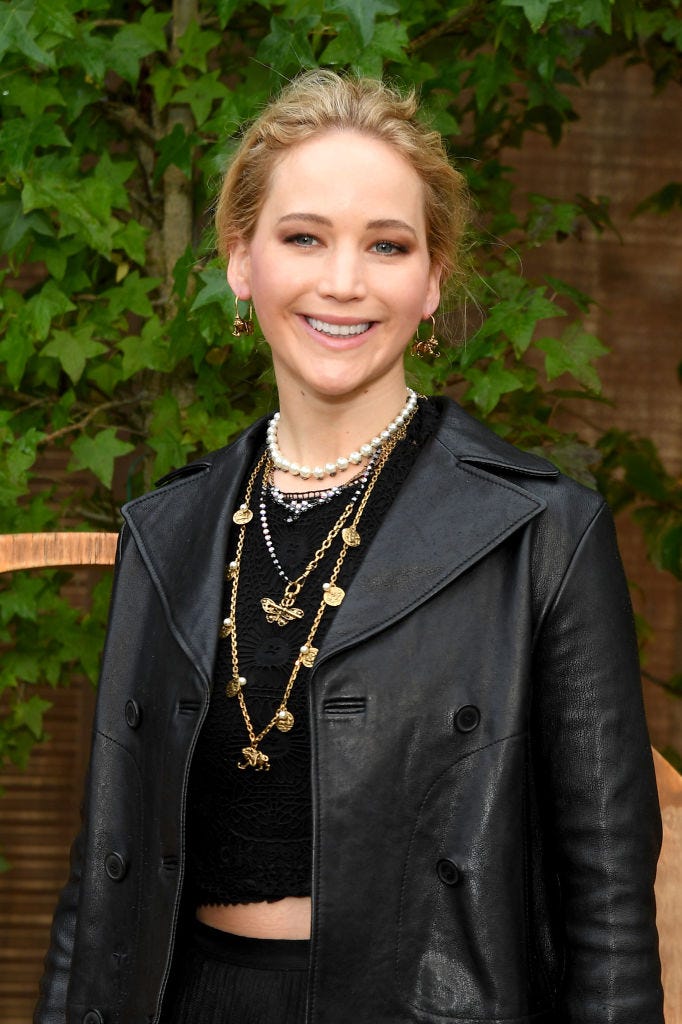 Jennifer Lawrence was injured while filming for Netflix

Jennifer Lawrence was injured while filming for Netflix in an accident on the set of the film Don't Look Up over the weekend. The movie was shooting overnight in Massachusetts, when she was hit by flying debris from a special-effects explosion. Jennifer Lawrence was hit with fragments after a trash can went through a window. She was seen holding her face afterward. Filming was paused for the day due to her injury. Side-note about the movie, it features a star-studded cast that also includes Meryl Streep, Timothée Chalamet, Ariana Grande, Leonardo DiCaprio, Cate Blanchett, Jonah Hill, Kid Cudi, and Matthew Perry. We don't even know much about the plot other than the rumor is that it supposedly focuses on two low-level astronomers who embark on a media tour to warn mankind of an approaching asteroid that will destroy Earth.

Prince Harry and James Corden were photographed together riding around Hollywood on an open-air double decker tour bus! It was all for Carpool Karaoke! The two of them have been friends for years and apparently had a great time filming the segment. James Corden showed Prince Harry some famous landmarks and spoke to him about living in the US now and what that's been like. The filming for this segment has been on hiatus for almost a year due to the on-going pandemic.

The Weeknd now has his own day in his hometown

The Weeknd had a pretty big day yesterday performing the halftime show at the Big Game. Well, not only did he add that to his huge list of accomplishments, but he can also add this: The Weeknd now has his own day in his hometown of Toronto. The news was shared yesterday by Toronto mayor John Tory who shared a screenshot of the announcement to Twitter with a caption that read, “Proud to proclaim February 7th The Weeknd Day in Toronto as we honour @theweeknd who is performing today at the #SuperBowl... Torontonians are cheering on proudly as he takes the stage at the #HalfTimeShow.”