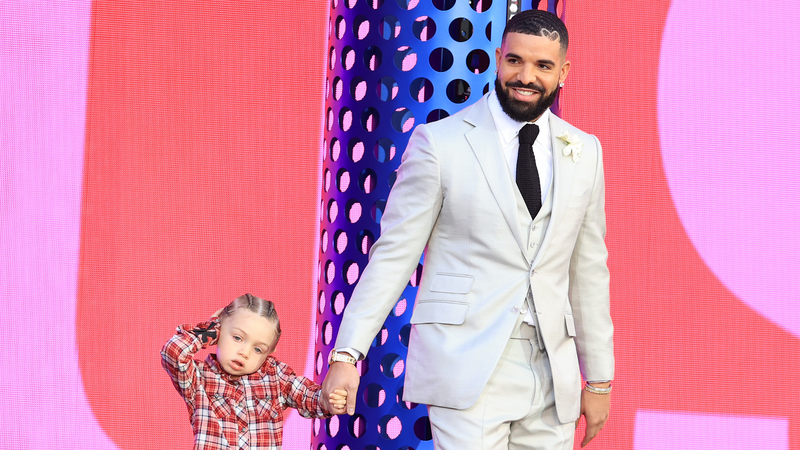 As this past Sunday was Father’s Day, stars spent the day paying tribute to their fathers on social media and all of our favorite celebrity dads got their expected and well-deserved shoutouts.

One of which was... possibly our favorite Daddy of them all, well definitely Top 10 - Drake, who received a shout out from his baby-mama Sophie Brussaux. In a post on her Instagram Story, Sophie shared a never-before-seen photo of Champagnepapi himself, cradling his newborn baby Adonis in his arms while holding his pacifier.

“Happy Father’s Day Dad! @champagnepapi," she added to the post, with a #1 Dad GIF for good measure. 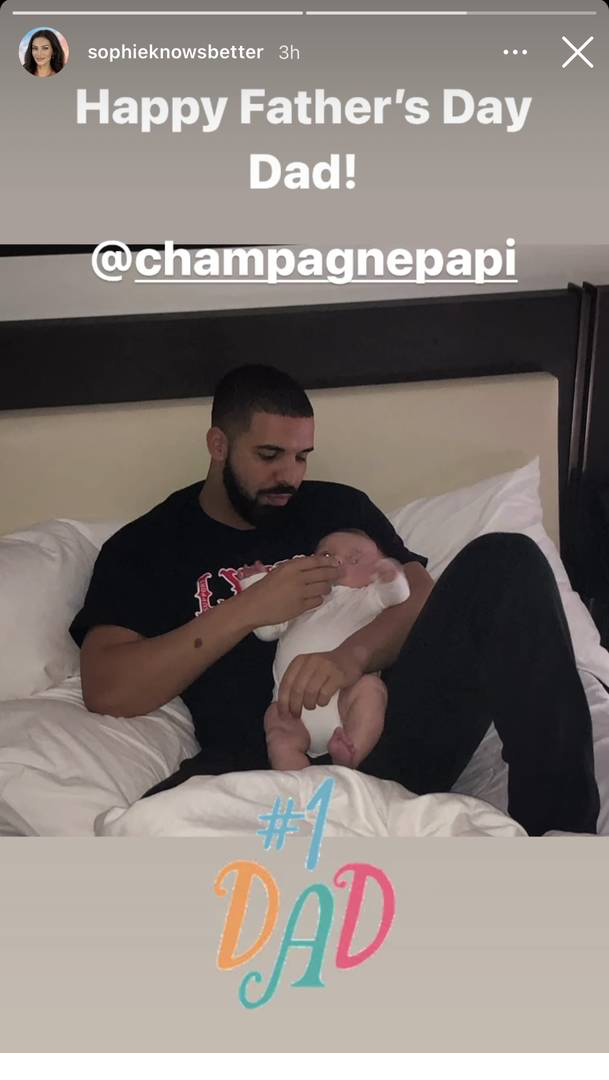 Reposting it on his own IG Story, Drake also dedicated a post to his own father, Dennis Graham, who’s new Father’s Day-inspired song, “Father and Son,” premiered on Drake’s OVO Sound Radio show that same day.

“My dad just dropped a song on OVO SOUND for Father’s Day LEGENDDDDD,” Drake wrote alongside the song’s artwork. Which featured a collage of father and son photos, including Dennis and Drake as well as Drake and Adonis, among others.

One day before it’s release, Dennis announced “the new single” on IG saying that the heartfelt track is “primarily dedicated to my Son, and all the Father’s and Sons throughout the world.” Thanking everyone and wishing a “Happy Father’s Day to every Father and Son everywhere.”

As for the latest on Drake’s upcoming album, Certified Lover Boy, the rapper recently shared some insight on when to expect the it’s long awaited debut during his appearance on the Ultimate Rap League's N.O.M.E. XI battle rap event. Informing us that we’ll be bumping to his new tracks before the summer ends.

For now you can listen to Dennis's track below.