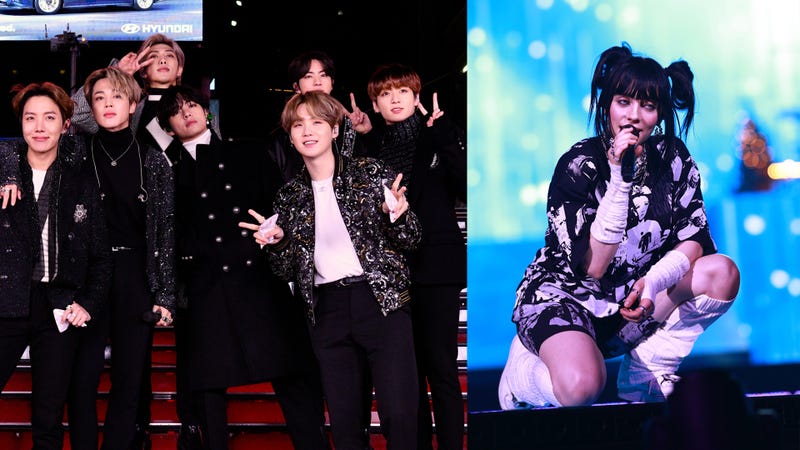 So it turns out soothing sounds and white noise might not be everyone’s ideal sleepy-time playlist. That’s right, according to a team of Denmark researchers the genre of music people play to fall asleep is not a “one size fits all.” As a matter of fact, scientifically speaking, actually BTS and Billie Eilish proved to be at the top of that list.

Results were comprised after researchers from Aarhus University analyzed over 200,000 songs from nearly a thousand Spotify playlists associated with helping users to get to sleep.

“It was surprising to see how many different types of music people use for sleep,” Kira Vibe Jespersen, an assistant professor at the Center for Music in the Brain noted when discussing the study with the New York Post.

While the group of researchers mentioned they have yet to “identify the various reasons different people choose different music for sleeping,” or collect any data on whether uptempo music actually helps people sleep, one thing’s for sure, it is in fact utilized.

When Identifying six distinct sub-categories of music that people turn on when it’s time to get some shut eye, as co-author Rebecca Jane Scarratt told South West News Service, three of the sub-categories, one of which is ambient music, aligns with the typical characteristics identified for sleep music. However, the music in the other three subcategories lean towards louder and more energetic.

Listing off examples of the energetic yet comforting music that streamers use to help them drift off, Scarratt said, “these tracks included several popular song, including ‘Dynamite’ by the band BTS, and ‘Lovely’ by Billie Eilish and Khalid.”

When speaking with PA News Agency, Jespersen noted, “our hypothesis is that familiarity with the music makes the music very predictable to the brain, and this predictability may enable sleep, despite the music being upbeat and energetic.” Adding, “we are currently working to test this hypothesis.”

“People listen to music at bedtime for different reasons,” Jespersen added. “One reason can be to facilitate relaxation, but music may also be used for mood regulation, distraction or for masking external noise.”

These findings could “both inform the clinical use of music and advance our understanding of how music is used to regulate human behavior in everyday life,” Scarratt additionally expressed.