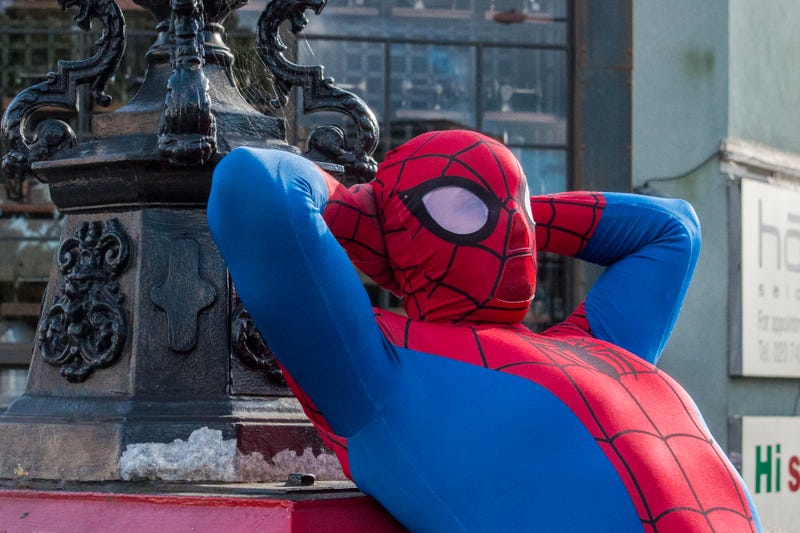 A man dressed in a Spider-Man costume climbed a building in downtown Los Angeles on Thursday night, KTLA reports.

The costumed super hero was spotted near the top of the Continental Building, and was joined with someone dressed as Wolverine from the X-Men.

Both costumed men unfurled a massive sign that had a phone number on it, and asked Marvel to reach out to them.