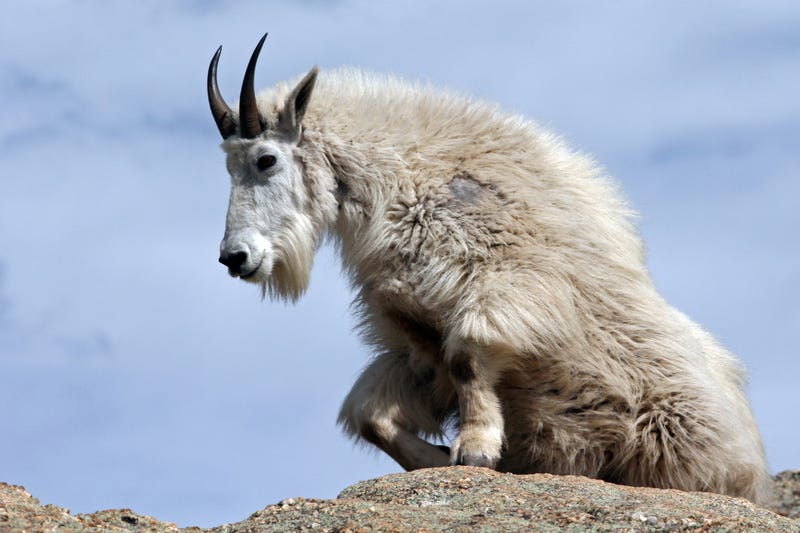 Park officials in British Colombia discovered the carcass of a female grizzly bear that had been killed by a goat, CBC reports.

Rangers found that the goat probably won the fight due to the wounds on the bear carcass most likely caused by its sharp horns. The wounds were found mainly on the bears armpits and neck.

"When grizzly bears attack, they tend to focus on the head, back of the neck, and the shoulders of the prey, and it's usually from above," David Laskin, a wildlife ecologist with the parks agency, said.

Male goats in the Canadian Rockies can weigh upwards of 300 pounds, and this particular bear was only 155 pounds.