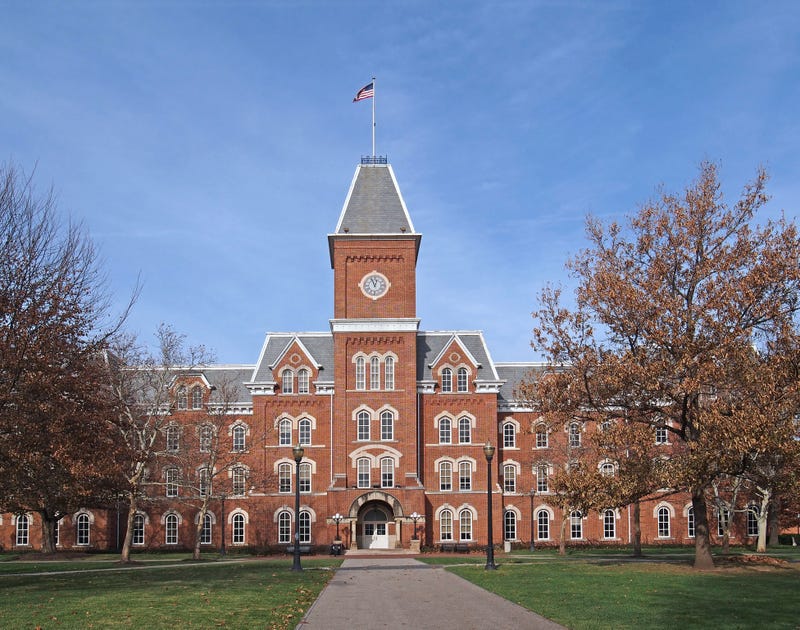 Ohio State University has been granted a trademark for a certain three-letter word after a three year battle.

The U.S. Patent office has approved the college’s application for a trademark on the word “The,” WCMH reports.

This will allow the university to use “The” on "Clothing, namely, T-shirts, baseball caps and hats; all of the foregoing being promoted, distributed, and sold through channels customary to the field of sports and college athletics."

The application also states that "mark consists of standard characters without claim to any particular font style, size or color."

A statement from the university reads:

"Ohio State is pleased to have received a trademark for THE on branded products associated with and sold through athletics and collegiate channels. THE has been a rallying cry in the Ohio State community for many years, and Buckeye fans who purchase official Ohio State gear support student scholarships, libraries and other university initiatives. Like other institutions, Ohio State works to protect the university’s brand and trademarks because these assets benefit students and faculty, and support our core academic mission of teaching and research. Ohio State’s trademark and licensing program generates an average of over $12.5 million annually in revenue for the university, which funds student scholarships and university programs.

The university’s initial trademark filing in 2019 was prompted by apparel designer Marc Jacob’s application to trademark THE. In 2021, the university was pleased to reach an agreement with Jacobs that allows both parties to register THE branded products for continued use and license."