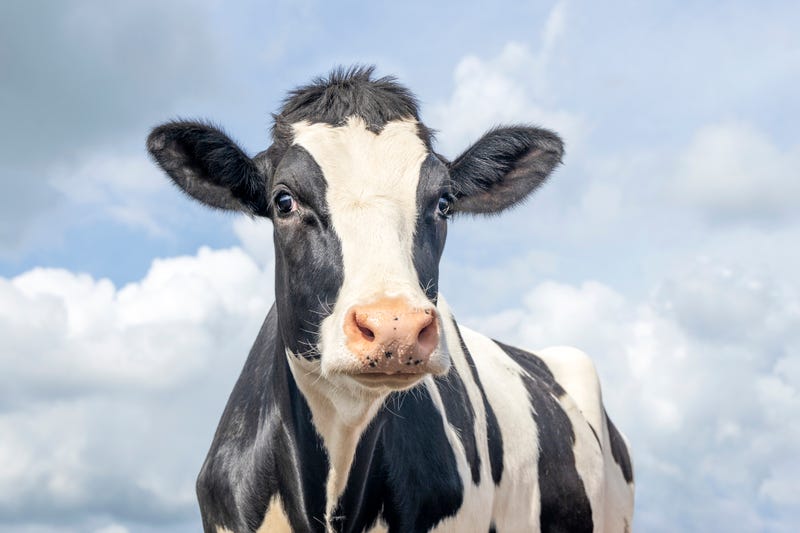 Researchers in Germany wanted to test if they could potty train cows in order to find a solution for environmental damage caused by livestock waste, KESQ-TV reports.

“It’s usually assumed that cattle are not capable of controlling defecation or urination,” said Jan Langbein, co-author of a study published in the journal Current Biology.

Cattle can produce 66-88 pounds of feces and 8 gallons of urine a day, and can do so whenever and wherever they want. Scientists say that the waste can have negative effects on the environment.

Scientists from FBN and FLI in Germany and the University of Auckland in New Zealand started their potty-training study of calves, and called it “MooLoo training.”

Calves were given rewards at certain times when they urinated.

“Once they were allowed outside, the calves would go in the toilet to get their reward, but they soon learned that there’s only a reward if they urinate.” FBN’s Neele Dirksen told CNN.

The scientists needed to encourage the calves to use toilets.

“We first used in-ear headphones and we played a very nasty sound whenever they urinated outside. We thought this would punish the animals, but they didn’t care. Ultimately, a splash of water worked well as a gentle deterrent,” said Langbein.

After 10 days, the scientists were able to potty-train 11 out of 16 calves