This week, Audacy is proud to welcome L.A. ska-punks The Interrupters into the DTS Sound Space for a special performance and chat with host Nicole Alvarez, streaming online and on-air on your favorite Audacy Alternative stations.

LISTEN NOW: The Interrupters in the DTS Sound Space

The band recently unveiled their brand-new single, “Raised By Wolves,” from their new album In The Wild, and now they're here to give us the inside track on the record -- OUT NOW! -- plus, what they've got in store for fans in the coming months, and more!

"It means everything to me," singer Aimee Interrupter tells Nicole, "to have everyone together, after so long especially, but to have everyone together and singing along... there's just nothing better." Guitarist Kevin Bivona agrees, adding, "It's never lost on us how lucky we are to be able to do what we do. We're so grateful."

Getting into the new album, Aimee tells us "this record is the most personal I've ever been, the most vulnerable I've ever been, the most open I've ever been, and I think that having the time during the pandemic to really sit alone with my thoughts for so long... it was actually really terrifying to face things I didn't want to look at." Like she says in the lyrics for "In The Mirror" -- "I'm tired of running" -- Aimee adds, "I was tired of running from all of the things I was afraid to look at. So, I took that time to really look at all of the monsters that were chasing me. Instead of running from them, turn and face them, and write about it."

Putting the new project together was "actually a beautiful process for me after knowing Aimee so long," says Kevin, who also served as producer on In The Wild. "Seeing the places she was going lyrically, and just being able to support that in any way I could was an honor, actually. I think for all of us really." For Aimee, who has admittedly struggled with depression for most of her life, she says taking the step to receive TMS treatment for six weeks while the band built their studio made her feel "significantly better... waking up every day excited about my day and happy and not depressed." 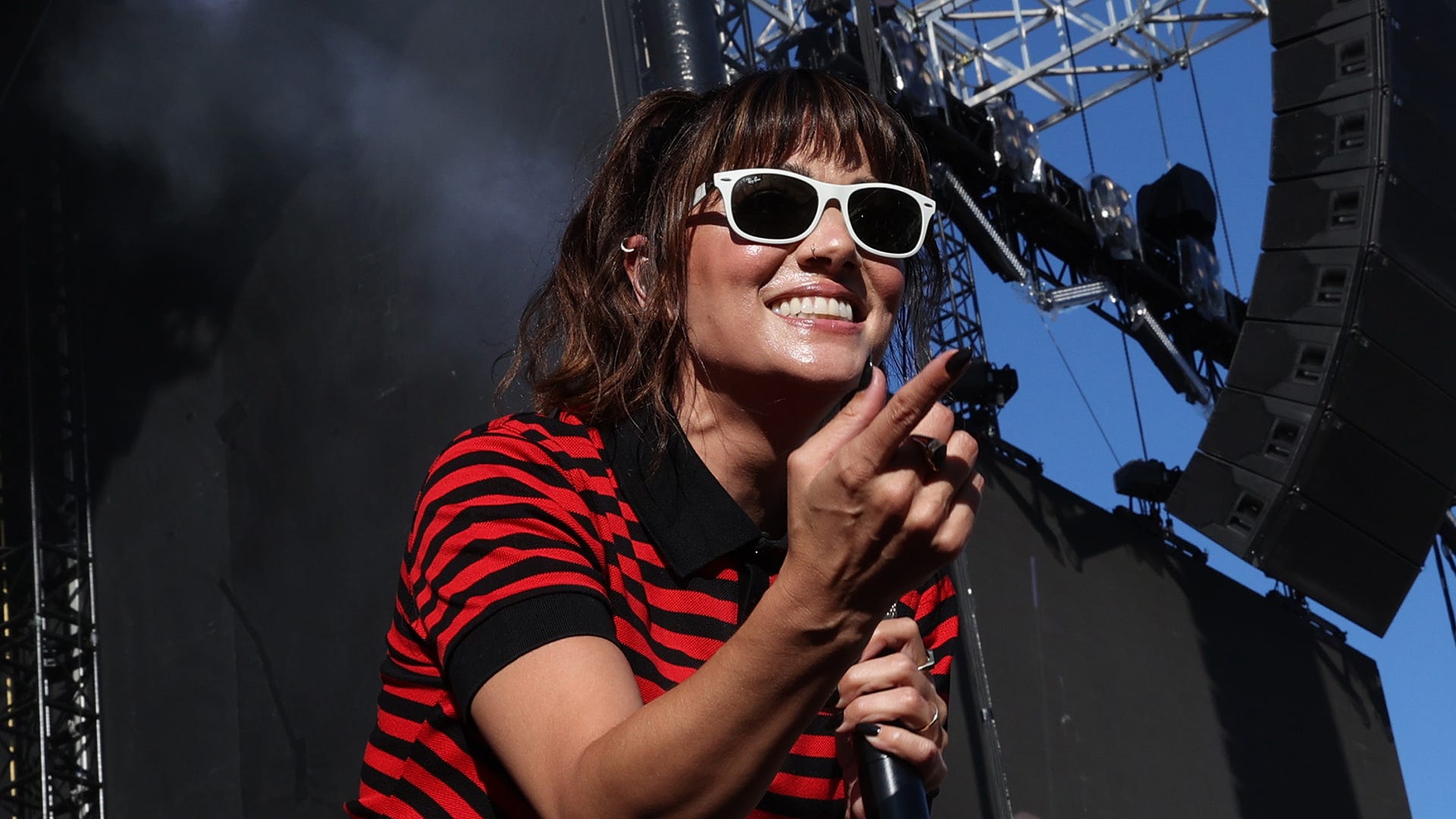 It was a "strange feeling" Aimee adds, "but because of that, I had the strength to look at all the things I was afraid to look at... I'm really grateful that I'm doing much better."

WATCH NOW: The Interrupters talk with Nicole Alvares in the DTS Sound Space

Watch our full DTS Sound Space interview and performance above, and stay tuned for even more exclusive performances and conversations with your favorite artists on Audacy.com/Live.

The Interrupters' In The Wild is out now. Check out the official track listing below.

The Interrupters - In The Wild