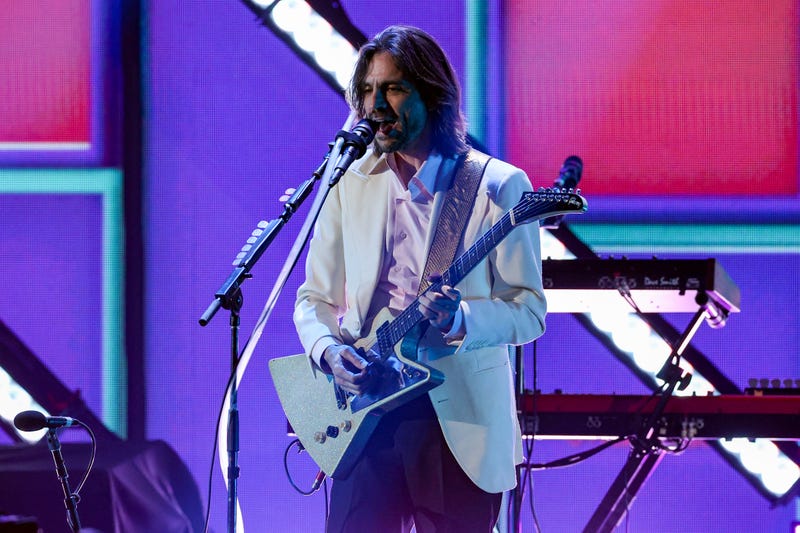 KROQ’s Megan Holiday caught up with Weezer’s Brian Bell on day one of the Beachlife Festival this past weekend!

Bell dished about Weezer’s latest project SZNZ, a four part collection of albums. “We were very productive [during the pandemic] oddly enough as far as making music. We made like four records or something. And still we have two more to make,” Bell explained. Named after the four seasons, the band’s Spring album is out now. The Summer album is being mixed and the other two albums, Fall and Winter, are currently in the works.

Weezer is also glad to be back on the road performing live again! Following the Beachlife Festival, the legendary Rock band will headline the Hella Mega Tour in Europe this summer alongside Green Day and Fall Out Boy. During the interview, Bell even recalled “the most badass show” he ever attended–at the age of 15 in Knoxville, Tennessee. And ever since, he promised himself that would always deliver onstage once he became an artist.

Weezer released their self-titled debut album, known as the Blue album in 1994. When asked what’s the secret to having a successful band after all these years, Bell gave a simple yet intriguing answer. “I don’t know if it’s a secret. It’s just hard work,” he revealed. “Obviously it’s finding like-minded ambitious people that share a common interest and goal. That’s very hard to find and once you find that, make it work whatever you can do.”

Listen to The Megan Holiday’s full interview with Brian Bell of Weezer above!