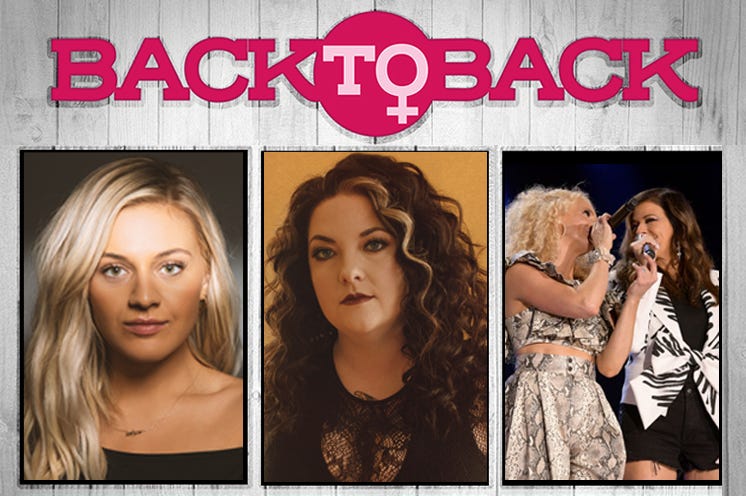 Kelsea Ballerini - "Hole in the Bottle"

GRAMMY-nominated Kelsea Ballerini's new single "Hole in the Bottle" is just the good, old fashioned drinking song and what we needed for 2020. Kelsea says that she was pretty much finished with the album when they started writing this song for fun and realized it was something special and decided to add it to her record, Kelsea, that was released earlier this year.

Ashley McBryde’s new song may remind you of two other iconic Country music songs by female artists. The Chicks' "Goodbye Earl," and Carrie Underwood's "Two Black Cadillacs." "Martha Divine" is sung from the perspective of a daughter seeking revenge on her father’s mistress.

If you've always been a fan GRAMMY-Award Winning Little Big Town's song "Day Drinkin,'" you are sure to love their latest single. "Wine, Beer and Whiskey" pays homage to the groups close friends Jack, Jose, Brandy, Sherry, and the Captain.