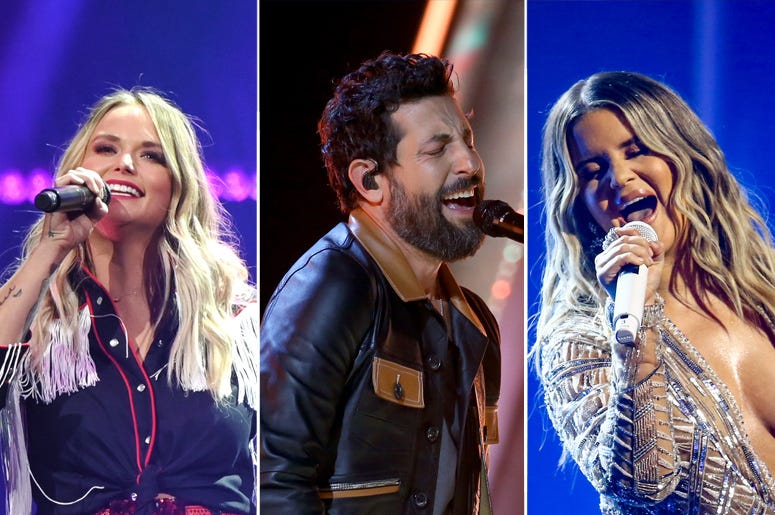 It’s been a long road, but music’s biggest night is finally here.

The 2021 GRAMMY Awards were initially postponed due to COVID-19 concerns, but a new date has been set and the show will go on. Now, the fun begins.

Known year after year for their fierce competition amongst nominees and this year will be no exception, despite a markedly different show than we've become used to. This year, powerhouses Miranda Lambert, Maren Morris, The Highwomen, Ingrid Andress, and Old Dominion will be vying for the coveted Country Song of the Year award.

With the celebration just days away, we want to hear from you. Take a look at all the nominees for Country Song of the Year below and cast your vote for who you think should win!

Lambert continues to ride the wave of success of her massive hit "Bluebird," the second single from her seventh studio album which received the 2020 CMA for Music Video of the Year. The track is from Miranda's 2019 album Wildcard which also took home the 2020 ACM for Album of the Year.

"The Bones" is Maren's first-ever multi-week number one hit. From her 2019 album Girl, the single took home 2020 Country Music Association awards for Single and Song of the year and will surely be one to watch at this year's GRAMMYs.

Country supergroup The Highwomen, featuring Amanda Shires, Brandi Carlile, Natalie Hemby, and Maren Morris, shared their self-titled debut at the end of 2019. "Crowded Table" puts The Highwomen's incredible four-part harmonies right at the forefront, ready to take on the rest of the nominees with a little bit of teamwork.

Ingrid Andress - More Hearts Than Mine

From her 2020 release Lady Like, Andress tells the vulnerable story on "More Hearts Than Mine" of inviting her boyfriend to meet her family and friends, warning him that a break up would ultimately devastate them almost more than her, as they all end up loving the man just as much as she does.

Old Dominion - Some People Do

The only group of men given a nod in the category this year, the always entertaining Old Dominion are nominated for their third single "Some People Do" off of their 2019 self-titled, third studio release. The band explained on Twitter, "This song is a side of us we haven’t shown as blatantly, and it’s a little scary to put out into the world, but part of our job as songwriters is to tell the truth, even if it’s hard to go there."