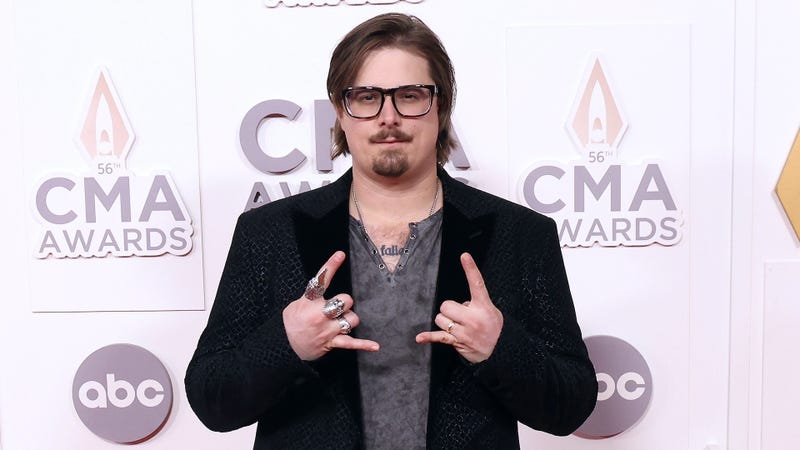 The wait for new music from Country-Rocker HARDY is over as his new album, the mockingbird & THE CROW, has dropped. Fans are already obsessing over the 17-song track-list that perfectly marries Country and Rock with the Mississippi-native’s signature sound and lyrical masterpieces.

While the album has plenty of rock-out moments and killer guitar-licks, there’s even deeper meaning behind it all for the 32-year-old. HARDY recently joined Audacy’s Rob + Holly to share the sentiment behind the music.

“More than anything, it kind of tells my story,” HARDY said of the album, specifically its title track. “The song is dealing with the songwriter in me… writing songs for the radio and… being in the format, being in the river that everybody is in and writing songs, singing songs that sound like the ones you’ve heard — that’s what a mockingbird does.”

He continued, “And then the crow side, which is just wanting to cross-over into Rock ’n Roll or at least re-defining my version of Country music and making that a lot heavier than anything that’s ever been done before and flying my own path,” he said. “The duality of that, but the struggle that I have within my own brain of ‘which one should I do?’ And that sort of thing. It really just paint the picture of who I want to be as an artist, and as a person.”

The push and pull of emotion creates an undeniable depth throughout the album that is only enhanced by the strength of HARDY’s songwriting, which he admits is fueled by his inner “master manipulator.”

“I’ve always just been a fan of leading people on and then hitting them with something completely different, HARDY said of his songwriting craft. “I swear I’m not like this in real life, but it’s kind of like being a master manipulator… You create a whole picture… and then at the very end you reveal a twist and the whole time it was from this perspective and you thought it was from this [a different] perspective.

He continued, “It just pulls emotions out of you when you feel like you were mis-lead but in a positive way, like with music. There’s something special about that and I just always try to do that.”

While HARDY is already receiving high-praise for the new project, he is quick to credit his label for giving him the freedom to explore his own creative avenues, a process that was key to the creation of his new project.

Hear more about the new album, HARDY’s early Rock influences and the love song he hopes to write for his wife one day on the latest episode of the Rob + Holly podcast above.