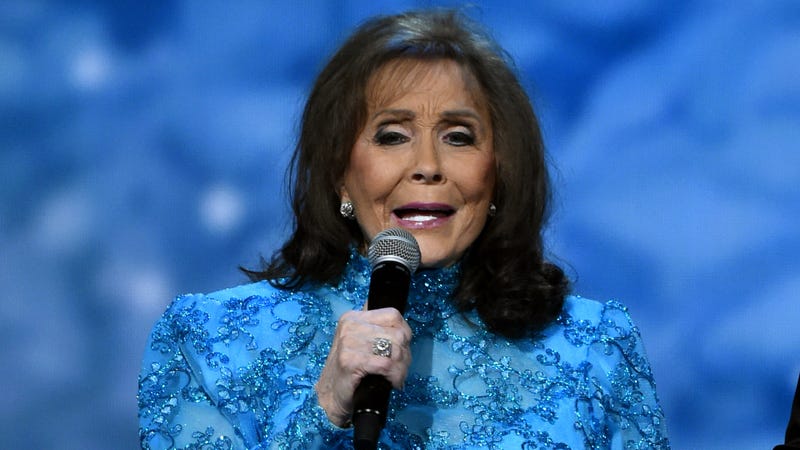 Country legend Loretta Lynn has passed away at the age of 90.

According to a statement released by her family, the “Coal Miner’s Daughter” singer passed Tuesday, October 4 surrounded by family at her ranch in Hurricane Mills, Tennessee. Her rep has cited “natural causes” as the reason for her passing.

A statement from the family of Loretta Lynn.

"Our precious mom, Loretta Lynn, passed away peacefully this morning, October 4th, in her sleep at home at her beloved ranch in Hurricane Mills.” The family of Loretta Lynn.

Lynn was a three-time GRAMMY winner and 18-time nominee across her more than six-decade music career. She also celebrated 11 #1 albums and 21 #1 singles with songs like, "You Ain't Woman Enough," "Don't Come Home A-Drinkin'," "One's on the Way," "Fist City," and "Coal Miner's Daughter.”

LISTEN NOW: Katie Neal looks back on the impact of Loretta Lynn

Ms. Loretta’s health took a significant decline after she suffered a stroke and broke her hip in 2017, which forced her to stop touring after an impressive 57 years.

Just days before her passing, on September 25, Loretta celebrated her 60th anniversary of becoming a member of Country's prestigious Grand Ole Opry.

"Time flies when you're having fun!" she tweeted along with photos spanning her years as an Opry member. "60 years ago a dream came true when I became a member of the Opry. It's still the most magical place in the world and holds so many wonderful memories for me!"

Time flies when you’re having fun! 60 years ago a dream came true when I became a member of the @opry. It’s still the most magical place in the world and holds so many wonderful memories for me! pic.twitter.com/orf0aVia3I

Many of Lynn's fellow Opry members, Country artists and more flooded social media with tributes to the pioneer. See some of them below:

We’re sure going to miss @LorettaLynn. What an amazing woman and so unbelievably talented. Very thankful she shared that with all of us fans. God bless all of the family. Rest in Peace Loretta. See you down the road. — gs pic.twitter.com/TxniY3Qmgs

Terrible news about Loretta Lynn passing away… Prayers to her family.

She showed us all how to unapologetically tell the truth. One of the greatest there ever will be. I’ll be singing “Dear Miss Loretta” with a little extra love tonight at the @opry ♥️ Now she really is a Honky Tonk Angel 🕊 #RIP pic.twitter.com/fiUNnTrlvZ

She was an iconic legend and did things the way she wanted. I am so bless to call her friend. I miss u already Loretta. Love u. And rest now u angel. pic.twitter.com/oPVgfrO1vd

there are not enough words to thank you @LorettaLynn for making a path for women in country to ride on. your songs and stories will be with us forever. Rest in peace 🤍

oh, sweet loretta lynn… what a life! what an icon! what a trailblazer! what a beautiful soul! may she rest peacefully with the angels. my heart is with her family and friends. #lorettalynn #riplorettalynn

None of us women in country music could be where we are without her and the paths Loretta Lynn paved. Sending all of my love to her family, friends, and the whole country music family 🖤 pic.twitter.com/vFUNh46xUV

None of us women in country music could be where we are without her and the paths Loretta Lynn paved. Sending all of my love to her family, friends, and the whole country music family 🖤 pic.twitter.com/vFUNh46xUV

Very sad news this morning … LORETTA LYNN has gone home … Great Britain lost their Queen … now we have lost ours … Rest easy ma’am. You were loved all … 😢 #RIPLorretta pic.twitter.com/eUlgqVhNjF