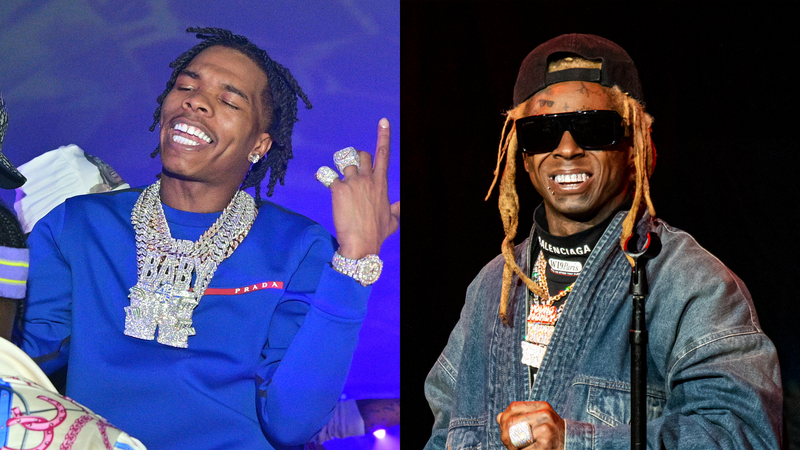 It’s no secret Lil Wayne is one of the GOATS, so while he so frequently likes to declare that he’s “the best rapper alive,” Lil Baby is making some pretty boastful claims of his own, dubbing himself the “Lil Wayne of this generation.”

So as any self respecting millennial would do in this situation, we’re here to see if in fact Baby measures up. If not for nothing, then simply for the existence of Tha Carter III.

As it seems, by matching his name up with Weezy in his latest verse for EST Gee’s track “5500 Degrees,” clearly Lil Baby is feeling quite good about himself, and honestly it’s hard to blame him. Between his recent GRAMMY nominations and success across the charts, Lil Baby has been making some serious waves. But is it enough to confidently call himself the Lil Wayne of this current rap generation? Well, regardless of if it is, that’s exactly what he did.

Easily one of the game's most versatile rappers of all time, Lil Wayne is respected by OGs and newcomers alike. He’s released countless bangers, found mainstream success, and even took a stab at making a "Rock album," for which he could opt to take credit for slyly influencing a generation of Rock-inspired Hip Hop.

So as those are pretty big shoes to fill, and with Lil Baby's career still being relatively young, it’s hard to say whether the claims could be true. Still, be fair, there are some comparisons that can already be made. Both Weezy and Baby are similar, not in style or cadence, but in influence. Lil Baby even talked about Lil Wayne’s influence on him as a rapper during a conversation with Rolling Stone in November 2020.

And the admiration goes both ways, as Lil Wayne previously revealed to HipHopDX that Lil Baby is his favorite artist.

Saying, “I started listening to the lyrics, I started listening to what the homie was saying, and when you’re speaking about something so real like that and figuring out how to make that s*** actually go together and sound the way he make it sound – make it rhyme, even when it doesn’t rhyme, even when it doesn’t have to rhyme – that’s when you’re discovering something within yourself.”

So, while Lil Baby is not quite at competition level with Wayne just yet, he does have the numbers, the bars and time on his side. So who knows? For now, we’re going with maybe.