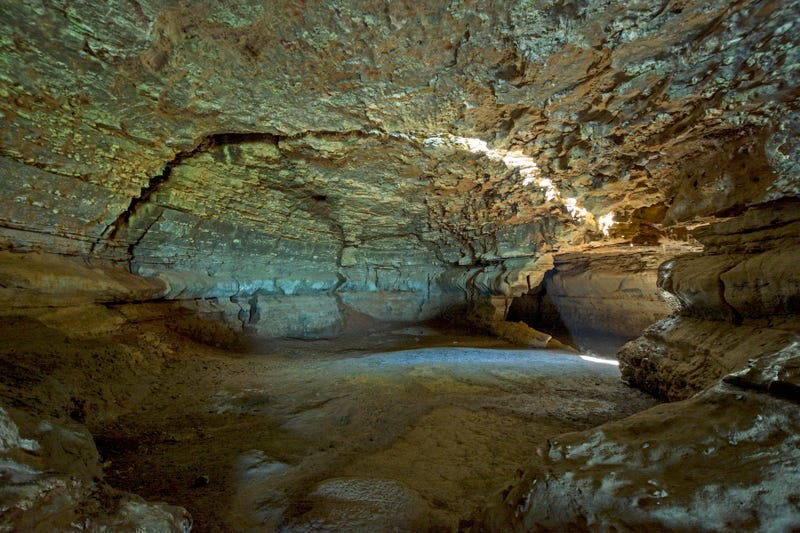 MONROE COUNTY, Ill. (KMOX) - For the first time in 10 years, one of Illinois' "scenic wonders" will reopen to the public. The Illinois Caverns were closed in 2010 to stop the spread of a deadly bat disease but will reopen on June 16.

The Illinois Department of Natural Resources (IDNR) announced Wednesday that staff have been able to complete necessary repairs to buildings and the spread of White-nose Syndrome (WNS) has been relatively low. The disease cannot be transmitted to humans or other animals, but is fatal to hibernating bats. That's why the caves were closed in 2010 as a precaution.

Illinois Caverns is the only cave that has been operated commercially in Illinois with the first record of paying visitors dating back to 1901. People have come from around the world to see the 6 miles of mapped cavern passages.

Illinois Caverns contains an extensive array of spectacular cave formations, including stalactites, stalagmites, rimstones dams, flowsone, and soda straws," according to the IDNR website. "The cave has an outstanding invertebrate fauna, including the largest number of cave-adapted animals known from any cave in Illinois."

The entrance to the cave also known as Burksville Cave, Manmmoth Cave of Illinois, Egyptian Cave and Eckert Cave, is located on a 9.25-acre tract which was purchased by the Department of Natural Resources in 1985. It's about 35 miles south of St. Louis.

Illinois Caverns, a staple attraction in southern Illinois, will reopen to the public Wednesday, June 16, 2021, after being closed for more than 10 years. Learn more visit https://bit.ly/3iqkfqm #IDNR

Posted by Illinois Department of Natural Resources on Wednesday, June 9, 2021