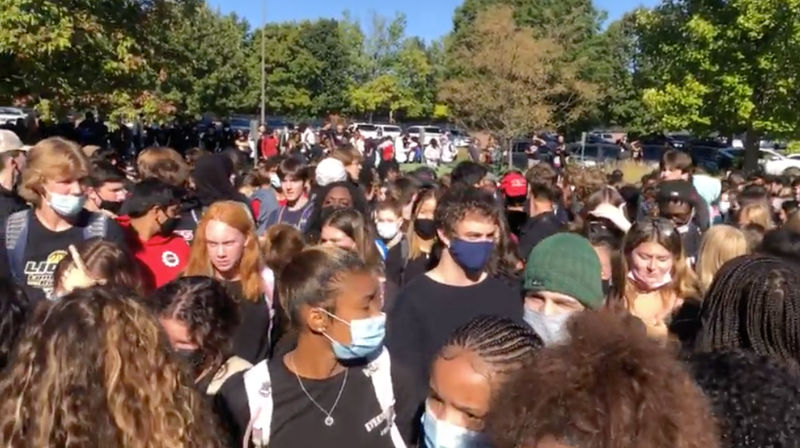 CHESTERFIELD, Mo. (KMOX) - A group of about 1,000 students, teachers and staff walked out of class at Parkway Central High School Thursday morning as protest after multiple racist messages were written in a school bathroom.

The graffiti was found inside a boys bathroom at the high school on Wednesday, with photos and videos of the scene shared on social media. One mirror had the n-word written on it and a wall stated "HOPE ALL BLACK PEOPLE DIE."

It's not the first instance of racist messaging found inside the school. In 2019, students from the school were part of a racially-charged video with threats against Black people and chants of "slavery, slavery, slavery." In 2017, there were more racist messages written inside a bathroom.

Here's live video of the protest that began around 9 a.m. Host on our partner station 96.3 The Lou, Derk Brown, was at the protest:

Some students used a megaphone to shout their frustrations as principal Tim McCarthy was among the group listening and at times replying to their calls for action.

McCarthy sent a messages to parents on Wednesday which stated, in part:
"Regretfully, I am sending this email to share with you information regarding a serious incident at Central High this afternoon: racist hate speech was written on bathroom walls at school. This act is an affront to the core values of our community and a serious violation of our discipline code. Please know that we take this offense seriously and will work with district officials to investigate the incident and hold anyone involved accountable for their actions." 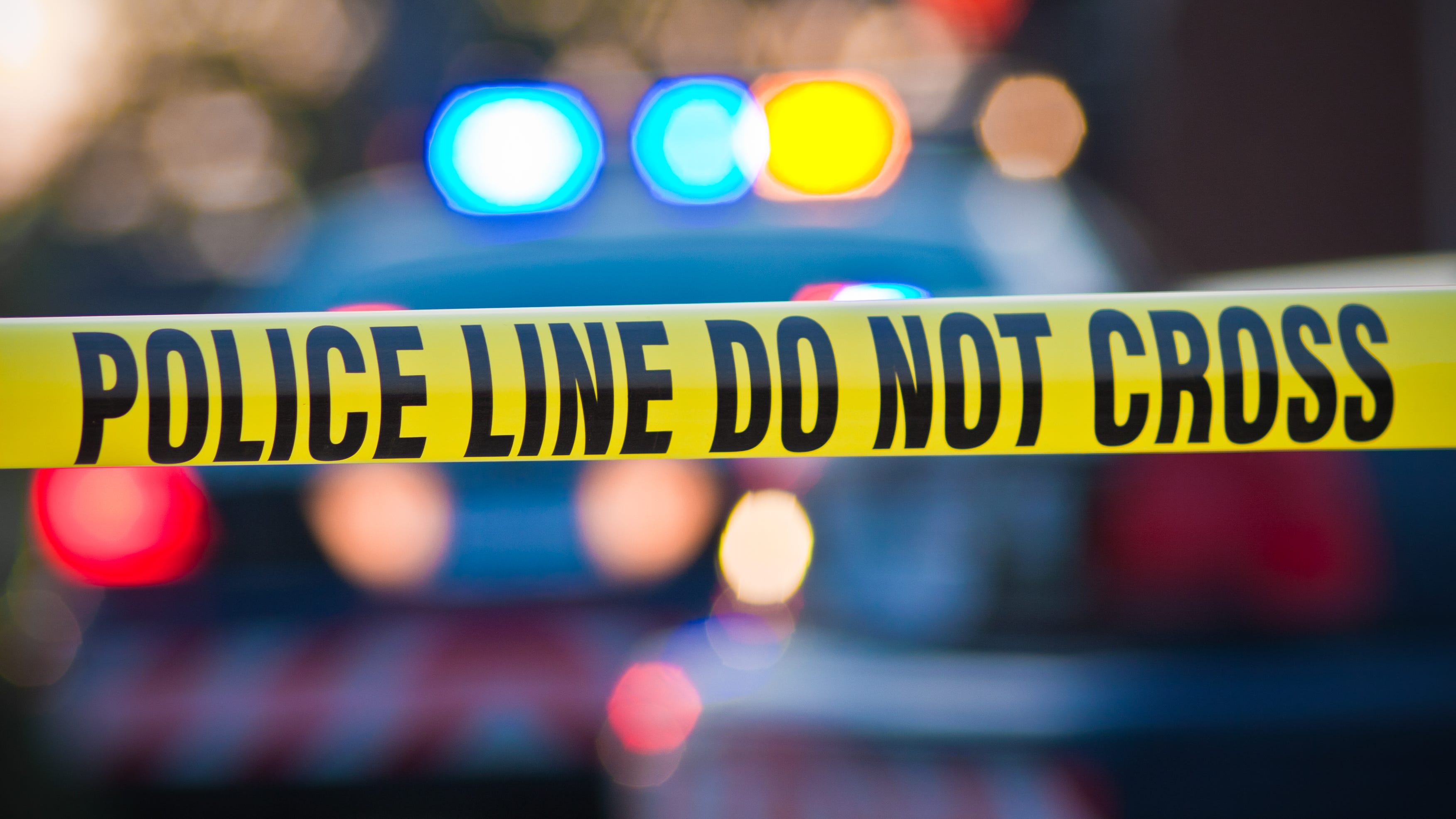 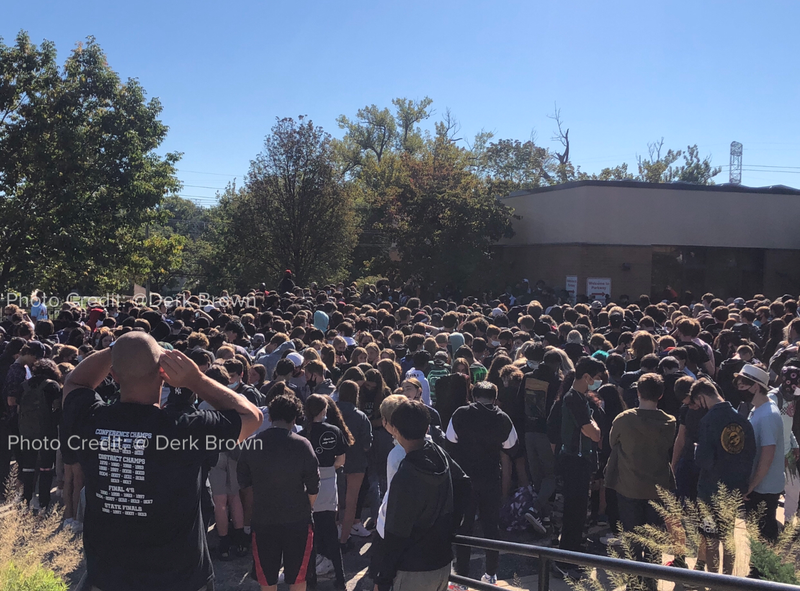 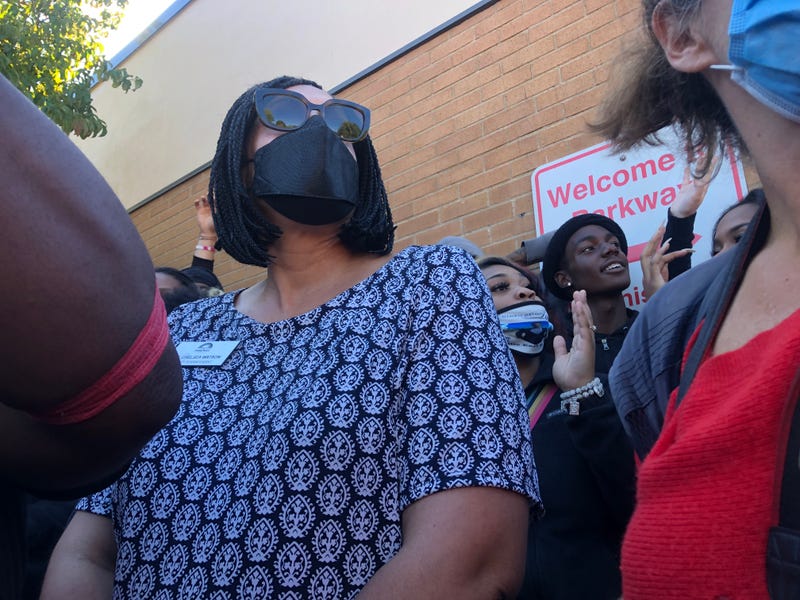 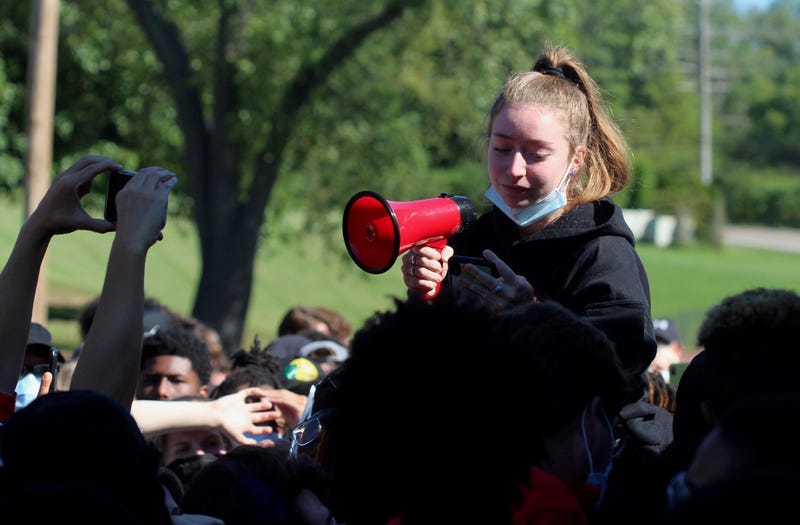 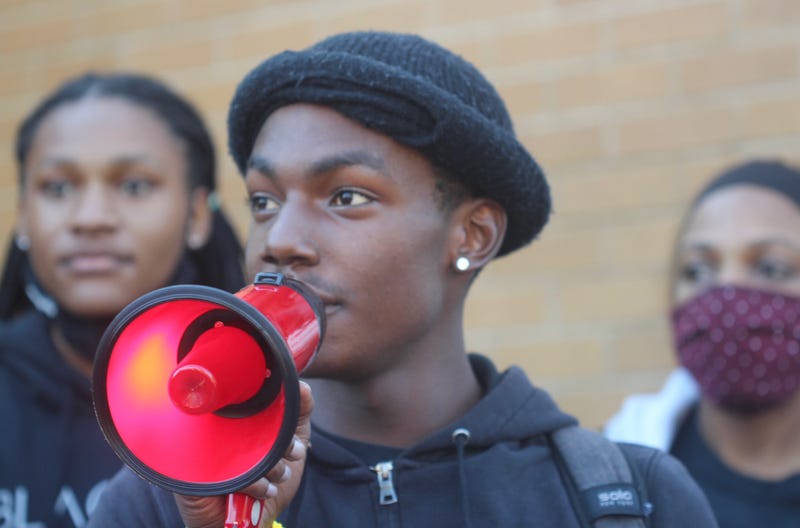