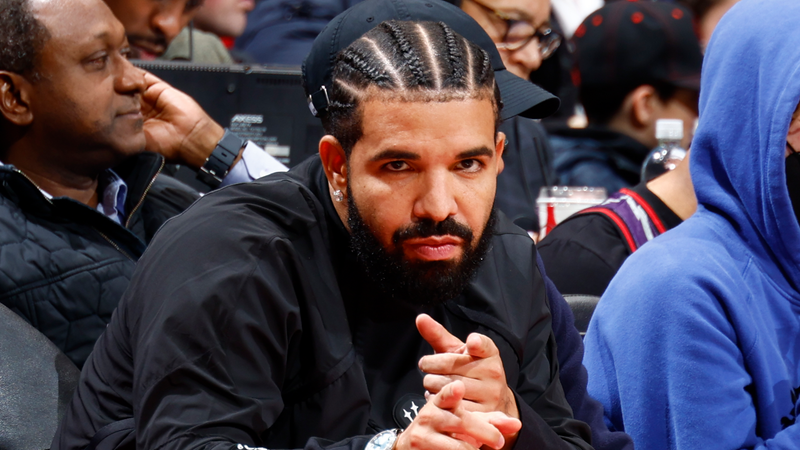 After an internet troll tried to come for Drake, the Certified Petty Boy had to put him in check real quick, by sliding into his wife’s DMs.

It’s petty, a monumental flex, and we’re obsessed. So let’s break the situation down —

The whole ordeal began on Tuesday night (May 3), when an NBA shooting coach with the handle @lethalshooter shared a post in support of enthusiastic fathers of NBA players like LeVar Ball and Tee Morant.

Drake then backed up @lethalshooters sentiments in the comments, replying, “Imagine your son makes the league, and he’s Ja or Melo or Lonzo. All you can do is be elated and competitive, and it’s a right of passage to that the OG’s talk s***. I know I’mma be this way even if my son is in a rubix cube competition.”

Probably thinking he was funny, an IG user named @ceddybo_ybagnm replied to Drake’s comment with, “Ya son prolly play with ghost writers.”

Aside from the ghostwriting bit being old and boring at this point, it’s the coming for Adonis Ceddy should have thought twice about. As a result Drake popped off, firing back with, “I just followed your girl cause she’s prob miserable and needs some excitement in her life.”

Follow her he did, and he didn’t stop there. Drizzy continued the petty parade by sliding into Ceddy’s wife’s DMs to let her know, “I’m here for u ma.” All of which was shared on IG stories by both Ceddy, but first his wife and his wife, who wrote, "My husband decides to be a troll and now [Drake] thinking I need excitement in my life.”

Need or no need for excitement aside, both seem to be taking the whole thing in stride or so we assume from the number of cry laughing emojis being used, and the fact that he’s now slapped Drake’s comment on a t-shirt and selling it as merch.

Moral of the story, if you come for Drake, he’s coming for your girl. But it’s all good, cause you can maybe make some cash out of it.

Anyway, obviously the Twitter-verse responses to the entire situation have been elite, check out a few funny ones below —

Imagine your husband hand delivering Drake to you.

Drake: I just followed ya girl she needs some excitement in her life

How dude was having fun trolling and making fun of Drake until Drake started following and DM’d his wife pic.twitter.com/olmFFAo6yI