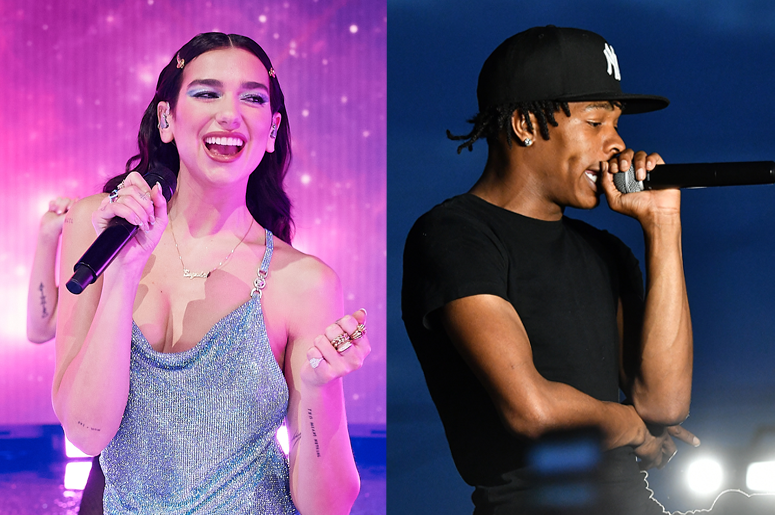 For the second time, TIME is highlighting 100 emerging leaders who are shaping the future, also known as the 2021 TIME100 Next list.

This year in particular when those at the publication were compiling the list of names, they couldn’t help but recognize the focus was mostly on how its members are coping with crisis throughout everything we’ve faced these last 12 months.

As Time put it, "amid a global pandemic, deepening inequality, systemic injustice and existential questions about truth, democracy and the planet itself, the individuals on this year’s list provide ‘clear-eyed hope.’”

On the list, there are names of those you will no doubt recognize as well as other’s you might be unfamiliar with, however now have a perfectly complied list to learn all about them from. “They are doctors and scientists fighting COVID-19, advocates pushing for equality and justice, journalists standing up for truth, and artists sharing their visions of present and future.”

Mirroring its originator the TIME100 list, the Next collection profiles are also written by previous honorees, as “a testament to the ways that influence flows across generations.” With categories such as Artists, Phenoms, Leaders, Advocates, and Innovators, the list is filled with impressive and inspiring individuals, 100 of them to be exact. And of those 100, as previously mentioned 6 received their own covers.

For this year’s list, let’s start with a familiar, favorite, and one of 6 to individually grace a cover, Dua Lipa, who Kylie Minogue referred to as “a bona fide pop behemoth.” Recognizing her hard work and dedication to her craft, having arrived on the scene a mere 4 years ago, “today, she is dancing hand in hand with the zeitgeist, having carved with laser-like precision her place in the cultural landscape.” Finally noting, “and I, like millions of others, look forward to more, and even more, from La Lipa.” Well, she ain’t wrong.

Also on the list from the Artist Category is Lil Baby, honored by Killer Mike who claimed to have been “tuned in” to his music, however becoming “a true fan” of the Atlanta rapper only “after hearing Lil Baby in interviews.” Noting, “he spoke with the wisdom of an old soul that’s also apparent in his lyrics.” Repping more than well for ATL, which Mike acknowledges “actively participated in—and dominated—music for the past 20 years.” He confidentially declared, “Lil Baby will be the tip of the spear that drives Atlanta to the forefront of American—and global music.”

Others in the category include Hunter Schafer, honored by Zendaya who said, “There is no limit to the beauty that she will create.” As well as Chloe x Halle, for which Elaine Welteroth, former editor-in-chief of Teen Vogue and co-host of CBS’ The Talk, “they are Black Girl Magic personified - and this is just the beginning.”

A few others, Charli D’Amelio by Jennifer Lopez, Anthony Fauci on Kizzmekia Corbett, Regé-Jean Page by Shonda Rhimes, J Balvin on Anitta, John David Washington by Spike Lee, Gwen Stefani on Olivia Rodrigo, Ashley Graham on Paloma Elsesser, and Doja Cat by Lil Nas X, among many many more, it’s a list of 100 remember, and you can check them all out here.