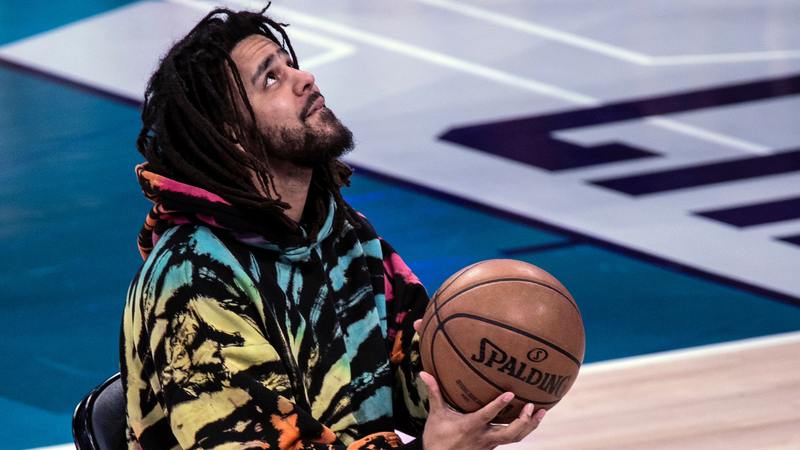 We are one week away from a new full-length J. Cole album, but he decided to bless us early with some new heat.

The rapper dropped "i n t e r l u d e," but not first without a precursor. He expressed, "told myself I would drop the album all at once. Sometimes you gotta say f*** it tho." When the song officially dropped, the man of few words tweeted out an opening bar: "it can go up it can go down... either way I’m prepared."

Fans immediately flooded his mentions with praise, particularly over this bar— "Christ went to heaven age 33 and so did Pimp C and so did Nipsey." His forthcoming album, The Off-Season is slated to drop next Friday on May 14. It comes two years after his critically-acclaimed LP, KOD.

In his absence, he's been racking up features and freestyles. After his appearance on Revenge of the Dreamers III, he also dropped the controversial "Snow on tha Bluff," addressing the rise of police brutality and systemic racism. It was also allegedly taking shots at rapper, Noname.

Cole also dropped a mini EP, Lewis Street featuring two tracks, "The Climb Back" and "Lion King on Ice." At the time, he stated they would appear on his next album, The Fall Off. However, things change often with Cole, so we guess answers will come in due time. Stream "i n t e r l u d e" above.