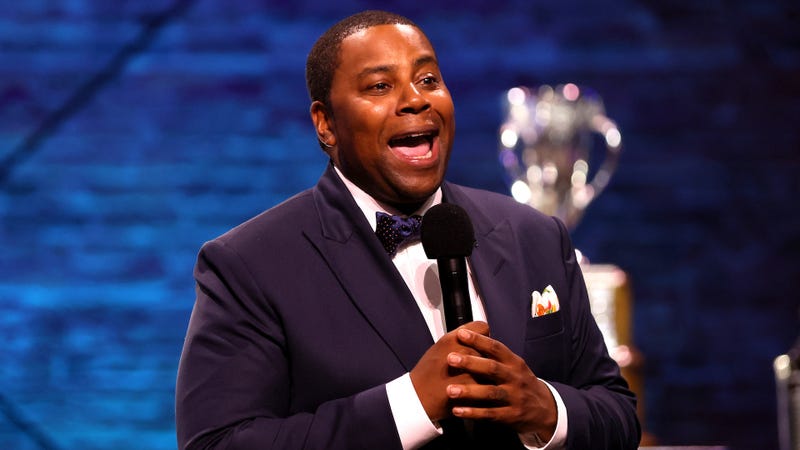 Ahead of hosting tonight’s Emmy Awards, first-time host, Kenan Thompson is keeping his focus on having a good time, highlighting creativity and staying on his toes.

LISTEN NOW: Kenan Thompson shares his thoughts ahead of hosting the Emmys

The actor and comedian joined Audacy’s The Big Tigger Morning Show to share his thoughts ahead of the big night. In true comedian style, he didn’t pass the opportunity to poke fun at the big Oscar’s moment between Chris Rock and Will Smith.

“I got my nunchucks ready,” he laughed before expressing gratitude that he was given the opportunity to represent the Black community as host, despite what happened at the Oscars.

“I think it’s a huge deal that I’m hosting,” he said. “I think it’s a step in the direction of that conversation [equality]. We keep fighting and we keep pushing forward and calling it out when we smell nonsense.”

He continued, “I’m just excited to get it done. It’s a big night and it’s not even really about me, it’s about them. Celebrating people like Ms. Pat [Ms.Pat Show]… It’s a beautiful thing."

Thompson plans to keep energy high throughout the night and also his hopes for no on-stage slip-ups. “I think splitting my pants is up there,” he said of his biggest “what could go wrong?” fears. “[Or] maybe like a trip and fall and actually hurting myself… I don’t want to do that, but if I do that’ll be hilarious. Just gotta go with it. Any type of technical issues or anything like that — I just gotta be ready, be on my toes.”

He continued, “Imma try to keep it hype all night. Just watch and enjoy!”

The 74th Emmy Awards will broadcast live from the Microsoft Theater in Los Angeles this evening beginning at 8 ET / 7CT. Fans can tune in via NBC or Peacock streaming.