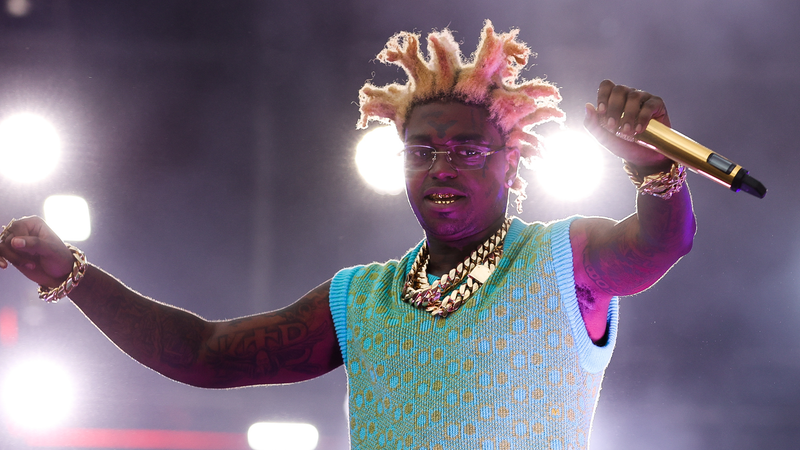 In today’s news you didn’t expect to hear, but also kinda did — Kodak Black got his twerk on at a Florida Panthers hockey game. So obviously, someone recorded, tweeted it out, and now it’s gone viral.

Listen to Audacy's Hip Hop Uncut, the station where nothing is off limits

No stranger to scandalous headlines, the Broward County Florida rapper and his fiancé, Mellow Rackz, caught the attention of some fans at the FLA Live Arena there to watch the Florida Panthers take on the Vancouver Canucks.

One fan in particular, Twitter user @David954Fla, spotted Kodak and his lady in what appears to be a compromising position — and recorded it from a distance, with his phone. In the clip Rackz is seen intensely dancing up on Kodak in a matter that made it seem like it might be more than just dancing. However, another clip posted later a different angle indicated there was no foul play involved.

I think Kodak found something better to do at the Panthers game pic.twitter.com/oZlUn06tt3

After review. NO GOAL pic.twitter.com/DazwHY0VGr

Perhaps the best part was that the duo and a few members of their, were in a private suite directly next to to the Panthers management executive box, where GM Bill Zito and Roberto Luongo were sitting, oblivious to all of it.

Anyway, regardless of what they were doing, the internet was appalled and social media did it’s thing — enjoy.

*suite to the left*

Spoke to a few team representatives from the Panthers and apparently the young lady in Kodak’s box lost a contact lens and he was kind enough to help her look for it. https://t.co/6XQRx2mrmu

Kodak Black when he meets with the Panthers after this pic.twitter.com/vQgSaSgV0G