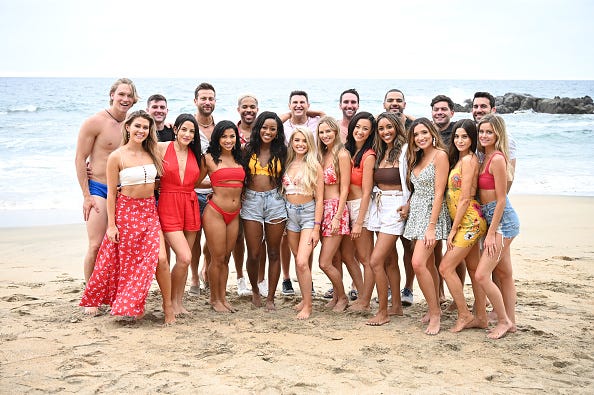 On the upcoming season of Bachelor in Paradise viewers will be getting a whole slew of celebrity hosts in place of Chris Harrison.

Variety reports that Lil Jon, David Spade, Tituss Burgess, and Lance Bass are among the celebrity hosts who will take over for Harrison. On June 8, it was announced that the veteran host would be stepping down from the Bachelor franchise after Harrison made controversial, racially insensitive, remarks last year.

Bachelor in Paradise began production in Mexico earlier this week. Each celebrity guest will rotate with hosting responsibilities. Additionally, Modern Family star, Sarah Hyland, and her partner, Wells Adams, who bill themselves as “Bachelor super-fans,” will appear on the new season. Variety also reports that their deals are not closed yet and their roles on the show have not been made clear at this time.

While guest hosts will fill Harrison’s place this summer, ABC will soon start a search for a new permanent host of the legendary reality series.

Harrison has been with The Bachelor franchise from the beginning when the reality dating series launched in 2002. Now Harrison has stepped away with a settlement to remain quiet.

Sources shared that the reality show star’s lawyer, Bryan Freedman, was “outraged” by the way the network and studio handled the controversy. Freedman believes that Harrison was used as a scapegoat for the franchise’s issues surrounding diversity and racism.

In his departure statement on Tuesday Chris said, “I’ve had a truly incredible run as host of ‘The Bachelor’ franchise, and now I’m excited to start a new chapter. I’m so grateful to Bachelor Nation for all of the memories we’ve made together. While my two-decade journey is wrapping up, the friendships I’ve made will last a lifetime.”