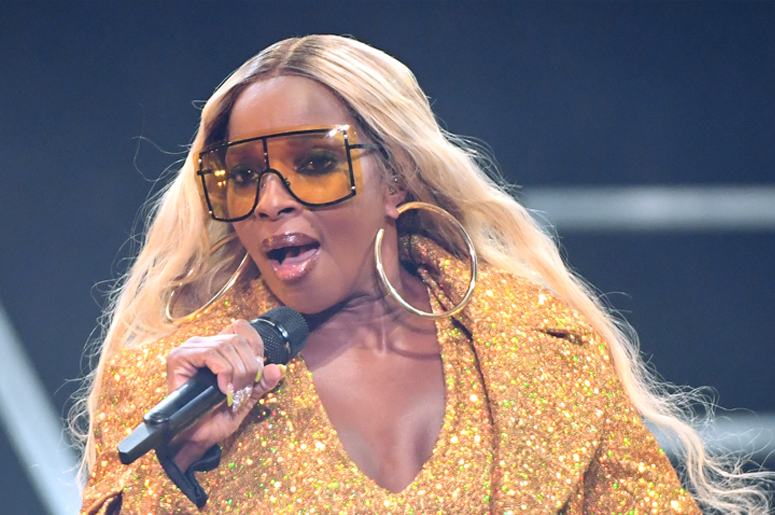 She’s entertained us with countless bops over her 30 year career, dazzled us on both big and small screens, and most recently enlightened our taste buds with Sun Goddess Wines.

Who is she? Her name is Mary J Blige and today (January 11) is her 50th birthday. So “cop you a drink, go head and rock your ice,” cause we’re celebrating Mary J and her iconic life.

In honor of the R&B legend’s birthday, we’re counting down her 5 biggest and most viewed music videos that took us from “percolatin' in this dancerie” to thinking that if we're with Mr. Wrong, we don’t want to be right.

Check them out below.

Having overcome many struggles in her life, Mary J’s uplifting 2001 track “No More Drama” resonated with her second she heard it. Written and produced my Jimmy Jam and Terry Lewis, the song came together after they spent a lot of time with Blige. Representative of the song's lyrics, the music video portrays the raw emotional imagery of a man trying to overcome his addiction to drugs. Also, making cameos are Mariah Carey and Diddy who at the time both had their own very publicized "dramas" going on.

Mary J’s 2007 feel good tune, had us and her both outwardly claiming our love of music that makes us move. With the songs main focus of positivity and feeling good, Mary’s aim was to celebrate having a good day. Keeping things simple for the visual, Mary dances along and is striking fierce poses to her jovial bop before belting a final high note which we’re sure many have tried and failed. But guess what, that’s “just fine.”

Besides being relatable AF, Mary’s 2011 track, “Mr. Wrong” features Drake so it’s popularity was always and to this day remains inevitable. In addition to those two points, the song’s effortless steady staccato had us singing out in agreement that “Bad boys ain't no good,” but “Good boys ain't no fun.”

Mary J had us all in our feelings with this one. Her first single from her 2005 album, The Breakthrough. Even with it’s forlorn lyrics about a couple examining their relationship, the track still had our shoulders bopping. Starring Oscar-nominated actor Terrence Howard in the role of Blige's boyfriend, the emotional rollercoaster of a music video had our eyes locked on the screen “from the get go.” Video of the Year at the 2006 BET Awards.

Probably her most mainstream recognizable club bop, “Family Affair” was released in 2001 and quickly became a chart topping hit. While the songs title never actually appears in lyrics, it’s celebratory vibe and undeniable beat makes us want to “grab somebody and get” our you know what “on the dance floor.” It also causally features the word crunk (“crazy-drunk”), so… point made.