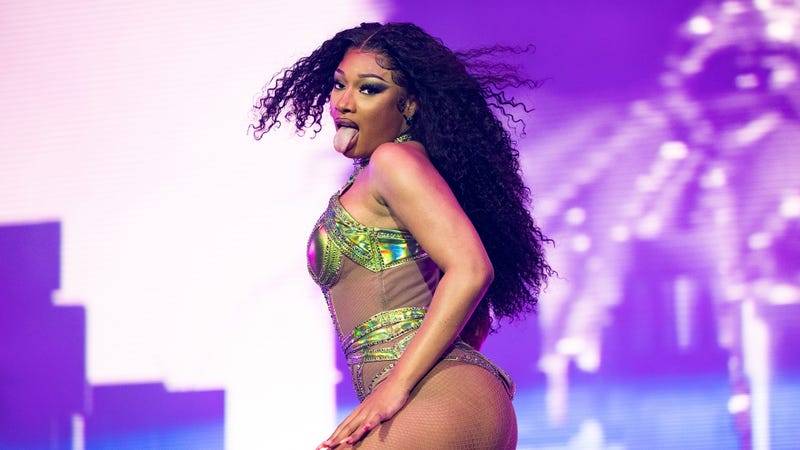 Heads up, Hotties! Megan Thee Stallion is said to be working on her second full-length release and could be unleashing it on fans sooner rather than later.

Listen to your favorite music now -- curated for fans, by fans -- on Audacy’s Megan Thee Stallion Radio, and more!

Finally getting set to offer fans another full length after her massively successful 2020 debut album, Good News, Hot Girl Meg is teasing fans with scant details about her follow-up, and it looks like it's shaping up to be an emotional rollercoaster. In a new interview with Rolling Stone, Meg spoke about the new project's inspirations as well as a special collaborator featured on the upcoming record.

Stallion has high hopes to have the album on shelves and streaming services this summer, and says her goal this time around is to “take you through so many different emotions... At first, you was twerking, now you might be crying," she admits.

Meg teased her followers earlier with a short clip of her new track “Pressurelicious,” which could find its way onto the record as she and her team narrow down the tracklist out of close to 30 songs already laid to tape. The song and her collaborator, Future, are both obvious favorites, with Meg saying the rapper is "just so f***ing ratchet!" Adding, "he is unapologetically himself. I appreciate that about anybody who gets up and has to do anything in the public eye. Anybody who has to read about their life online every day and deal with so many energies and can put it out into their music and do it gracefully, I feel like you deserve your flowers.”

Meg also previewed a few more tracks; Her Murda Beatz-produced "Gift and Curse," her Coachella 2022-debuted “Plan B,” and another called “Anxiety,” which is based on the loss of her mother, Holly Thomas, back in 2019. Finally, discussing how she wants to be remembered when all is said and done, Stallion says pointedly, “I just always want people to remember, ‘Yes, Megan Thee Stallion, she was great, she was a rapper. She was one of the best rappers, the coldest.'" During the interview, Stallion also addressed her Tory Lanez shooting drama, saying she finds herself flashing back to that night on a daily basis. "God must got something good planned for you, because I don’t think he’ll put you through this if he wasn’t going to give you your reward at the end,” she tells herself. “I thought we had a real connection,” Megan adds. "I thought he knew me. And I never would’ve thought he would’ve shot at me at all.” Still, “I feel shame, a little bit, because even after he shot me, I still was thinking about everybody else in the car," she says. "I thought everybody in the car was my friend, [and] the whole time, that’s not how they thought of me. That’s what really hurts."