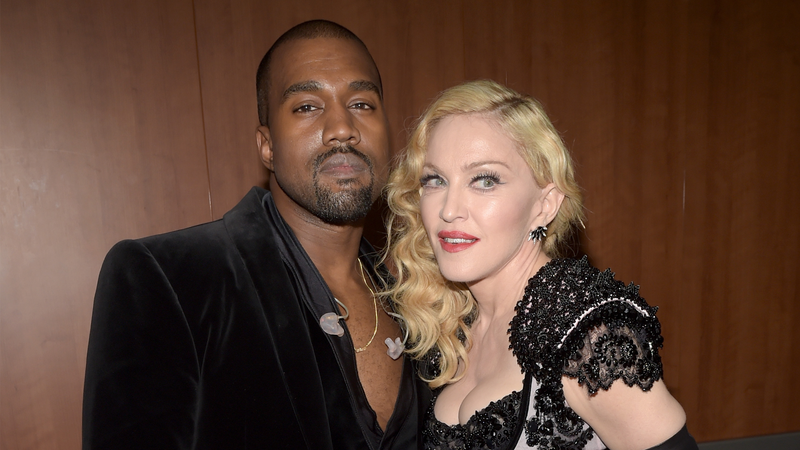 We would ask how your night was last night, but tbh it would just be our way to not so subtly segue into talking about this awesomely random, but equally amazing chill sesh that went down between Madonna, Kanye West (who is now legally known as Ye), and a few other notable celebrities.

While it’s not clear as to what brought these folk together, footage and photos from a January 12 Los Angeles event has been posted online. In a clip shared by Hollywood Unlocked's Jason Lee, who was at the gathering, we see Kanye (with his current GF Julia Fox), Madonna, Floyd Mayweather, and Antonio Brown all listening to Drake’s “Come Thru” while chilling on a couch.

Additionally, Evan Ross, son of Diana Ross, also shared the video, opting for an artsier look with a black and white filter, followed by a couple other images from the event, including one of of West, Madonna, Mayweather, Brown and Fox together, as part of a cute little photo dump.

While the video makes it kinda feel like we were there, next time an invite would be nice — just sayin’.