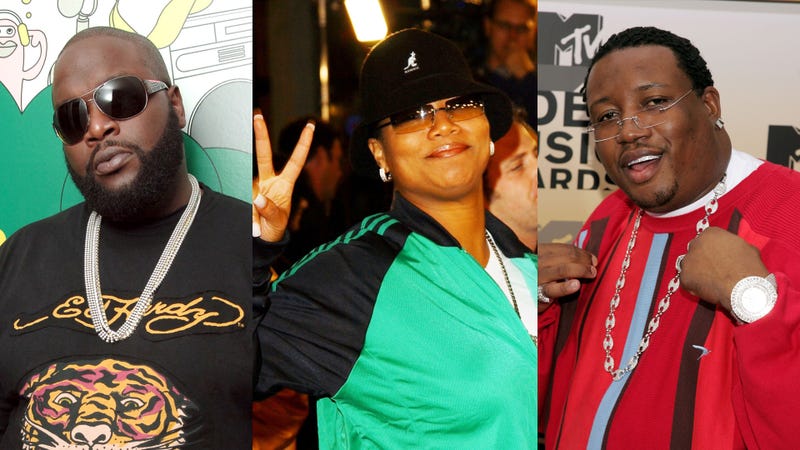 In honor of the golden anniversary of Hip-Hop, which started in 1973, when DJ Kool Herc first set up his two turntables to rock a Bronx party, Billboard has ranked the Top 50 Greatest Rappers of All Time. They’re talented, iconic and according to Billboard... The Greatest of All Time.

Each week 10 rappers will be unveiled from the list, starting today (January 11) with the reveal of the rappers ranked 50-41. With the final top 10 announced during the week of February 6.

As explained by Billboard, “determining these rankings, the Billboard and Vibe editorial teams opted first to limit the rap arena to North America.” Other parameters include the choice to exclude “the significant contributions of reggaetón and dancehall MCs on this list, just to keep our pool of nominees a little more focused.”

Billboard also shared the list of criteria they took into account, “not in any particular order: body of work/achievements (charted singles/albums, gold/platinum certifications), cultural impact/influence (how the artist’s work fostered the genre’s evolution), longevity (years at the mic), lyrics (storytelling skills) and flow (vocal prowess).”

So without further ado, let’s get into it.

With such a momentous half-century milestone Audacy is excited to honor 50 years of Hip-Hop with tons of music and more.

Born at a birthday party in the rec room of an apartment building in The Bronx, New York City on August 11, 1973 -- Hip-Hop's cultural impact is still growing and rising to new heights as one of the most influential musical art forms. And in 2023 we'll celebrate the 50th Anniversary of the birth of Hip-Hop with a journey through the years, the artists, the cities, the events, the stories, and the music that "made" us. Check out audacy.com/hiphopmade all through 2023 for more.