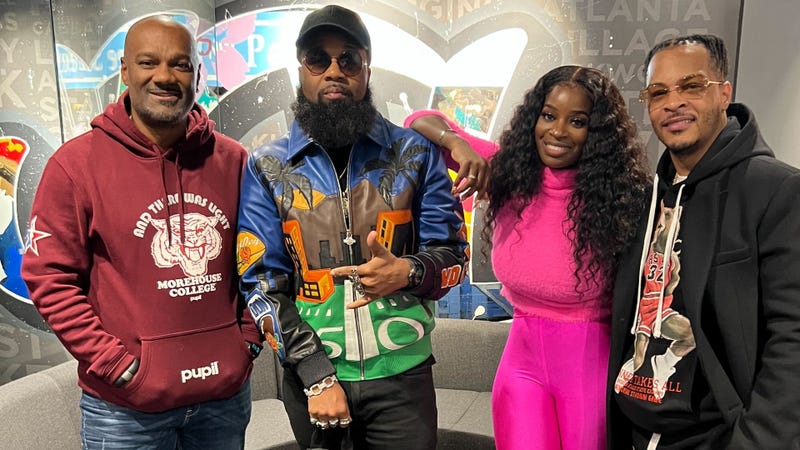 The album, Trailer Trap Music, is set to be released in 2023 and their first single, “Trap Still Bumpin',” was released November 18. T.I. describes the song and album as, “the first of its kind,” with a goal to "bridge the gap between Country and Trap music," as Brown explained. They’re giving the people, “Country music with 808s.”

The two also teased some of the song titles from the new project; Fans can look forward to songs like “Fired Up,” “Front Porch,” and “How Could You.”

LISTEN NOW: T.I. and Blanco Brown say more music is on the way

The creation of the project started off with Blanco Brown asking T.I. for a feature on a song -- where he then gave Tip two records to choose from. “I did the first one so fast, I was like, 'let me go and do the second one,'” T.I. says. The swiftness to return the feature is what led Blanco to ask to collaborate on a new project. “He said, 'let me send you some more, and we might as well do a project.'”

Audacy's 2019 Stars & Strings performer Blanco Brown also had time to open up about his struggles as a Black Country artist. “On Country radio, they told me they wouldn’t play my music because of 808s," he reveals, "and now they’re playing Country music with 808s.” Brown also admitted still feeling like he needs to prove himself in the industry.

In a troubling game of Ones Gotta Go to close out the interview, T.I. and Blanco Brown struggled to get rid of one of T.I. 's classic projects. The options were: Urban Legend, T.I. vs. T.I.P, Paper Trail, or King. Both T.I. and Blanco Brown were stunned at the options presented and couldn't make a choice to let any of the projects go. T.I. explained how each project serves as a symbol of the different phases of his life and he couldn’t just knock one off.

Check out the pair of clips above, and stay tuned for more from your favorite artists right here on Audacy.

Listen to T.I. Radio and more on the free Audacy app