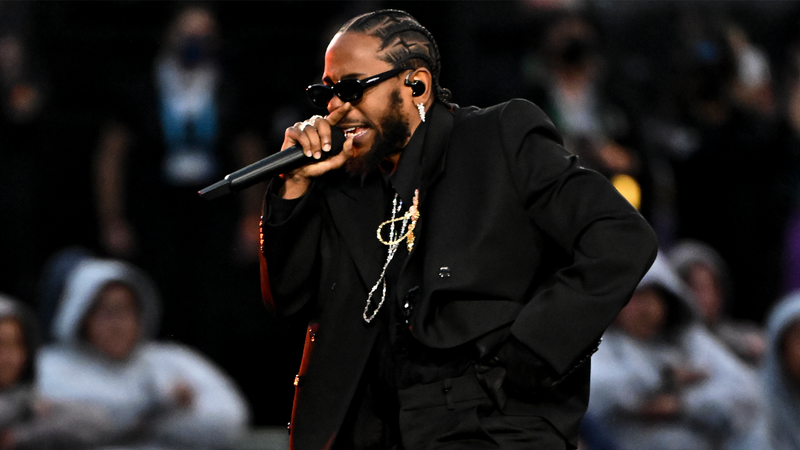 After nearly four years Kendrick Lamar has returned with a brand new single called “The Heart Part 5.” Arriving days before his long-awaited fifth album, Mr. Morale & the Big Steppers, on May 13, which as he also recently shared, will be a double album.

As many singles do these days, the track which featured a slick sample of Marvin Gaye's “I Want You," arrived with a music video directed by Lamar and longtime collaborator Dave Free.

Starting off with a quote, “I am. All of us,” credited  to Oklama, Lamar appears, against a deep red backdrop, looking off camera, and calmly begins—  “As I get a little older, I realize life is perspective / And my perspective may differ from yours / I wanna say thank you to everyone that's been down with me / All my fans, all my beautiful fans / Anyone who's ever gave me a listen, all my people.” Before starting of the first verse in that hard-hitting manner Lamar is known for.

At around the 1:45 mark the opening quote begins to make sense visually, when Lamar turns toward the camera and his face morphs into OJ Simpson, then Kanye West, followed by Jessie Smollett, and eventually Will Smith. While Kendrick’s voice carries on throughout, with correlated lyrics to each face transformation.

For OJ, Lamar mentions “bulletproof rover,” for Kanye there's a reference to a “friend’s bipolar,” and then for Smith, Lamar raps, “in the land where hurt people hurt more people.”

To finish of the track, Lamar morphs into two late greats, Kobe Bryant and Nipsey Hussle. Lamar seemingly tackles Hussle’s take in the final verse from the perspective of the late L.A. rapper, who was murdered in 2019.

Watch “The Heart Part 5” below.