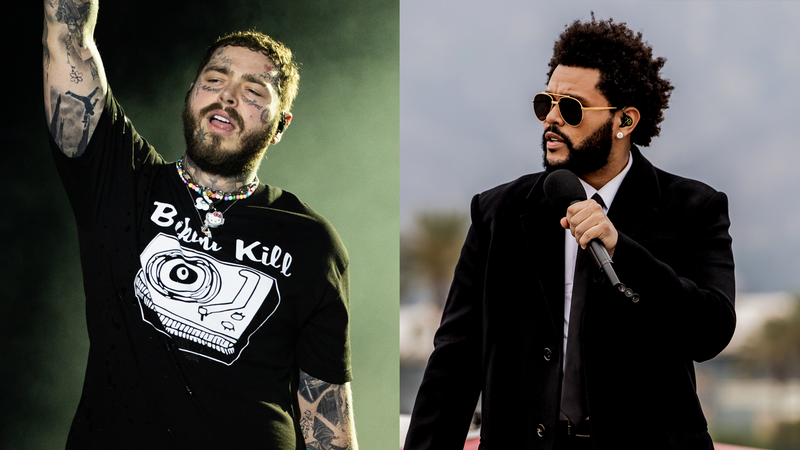 Did somebody say deadly duo? No? Oh sorry, that’s all we can think of after watching the music video for The Weeknd and Post Malone’s collab single “One Right Now.”

That’s right, because aside from the first 30 seconds, where The Weeknd ominously walks around and Posty uses cryptocurrency to purchase an NFT, the duo spend the entire NSFW video headed towards each other, finding absolutely zero difficulty killing everyone else they happen to encounter along the way.

For a stark visual contrast, Post is dressed in white, while the Weeknd’s coat, sunglasses, and arm sling are all black. Each with their own verse, they join together on the chorus, singing, “Said you love me, but I don’t care / That I broke my hand on the same wall that you told me that he f***ed you on,” as bullets stain the walls with blood.

At one point in the Tanu Muino directed video, Post fires at several Weeknd decoy look-a-likes, before the two eventually catch up to each at opposing end of a flight of stairs. After a brief shoot out, that they both surprisingly survive, they both retreat. Only to meet again and (spoiler) both end up shooting each other in the forehead.