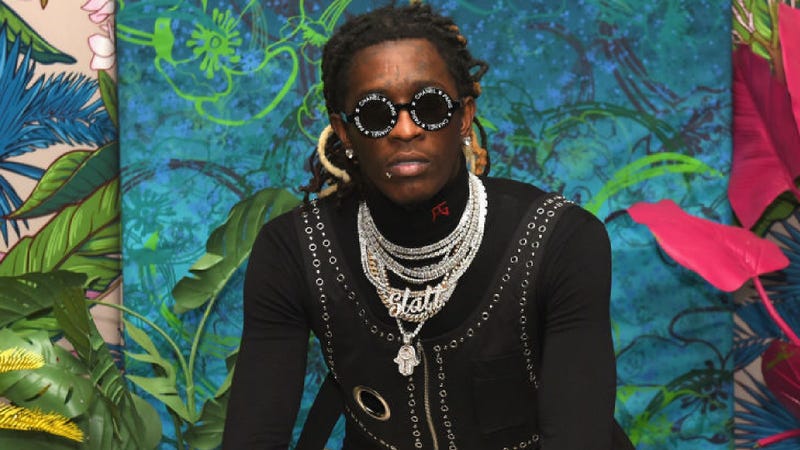 Jefferey Lamar Williams, also known as Young Thug, is set to start his trial today after being accused of co-founding a street gang that is allegedly responsible for a multitude of violent crimes.

Young Thug's record label Young Stoner Life, or YSL, is accused of being much more than a powerhouse in the rap industry. Prosecutors argue that YSL is in association with the national Bloods gang and has committed heinous acts, like murder and robbery, all in a plot to establish more power.

Indictments swept YSL back in May as about 28 people were charged in allegedly violating Georgia’s Racketeer Influenced and Corrupt Organization (RICO) Law. However, only 14 people will be going to trial as eight people have taken plea deals and the six others will be starting trial at a later date.

In August, extra RICO charges were brought against Young Thug for gun and drug charges. This also included a vast list of 191 criminal acts, allegedly committed between 2013 and 2022. Crimes included in the list: possession of and intent to distribute drugs, threatening to shoot a mall security guard, trying to kill rapper YFN Lucci, and shooting at a bus that had rapper Lil Wayne on it.

Atlanta native and rapper Gunna was also charged and is among those who have taken plea deals. He was released just before Christmas after taking what is known as an Alford plea.

While Gunna ensured that he will not be snitching or cooperating in any other cases, footage of him admitting in court that YSL is a gang leaked shortly after his release.

Trontavius Stephens, formerly known as Tick, acknowledged that he is one of the founders of YSL along with Young Thug and Walter Murphy. Both Stephens and Murphy plead guilty last month to one count of conspiracy to violate the RICO act.