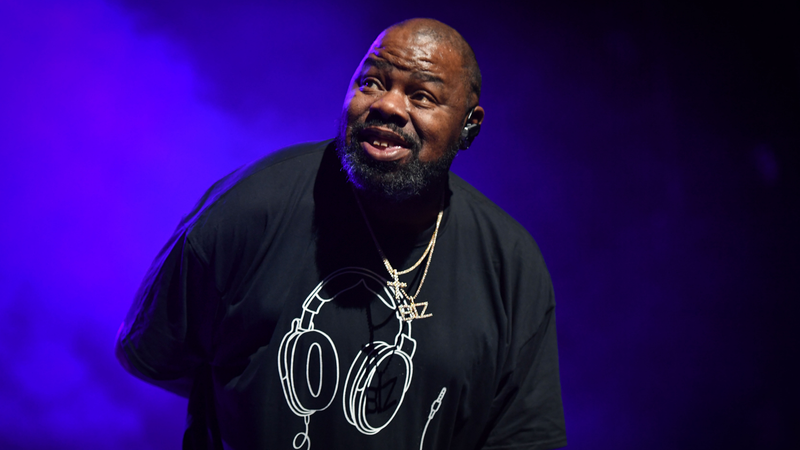 Legendary rapper and "Just A Friend" star Biz Markie has died at the age of 57. Known as the "Clown Prince of Rap," Biz was a cherished artist, DJ, human beatbox, and storyteller.

Last year, Markie was hospitalized due to complications from Type 2 diabetes, and it was later reported that Markie was staying in a rehabilitation facility as a result of a stroke suffered following an apparent diabetic coma.

According to TMZ, Markie passed while in a Baltimore hospital at 6:25 PM on Friday, July 16 with his wife, Tara Hall, and the nursing staff there to support his family.

A rep for Biz told the outlet, "We are grateful for the many calls and prayers of support that we have received during this difficult time. Biz created a legacy of artistry that will forever be celebrated by his industry peers and his beloved fans whose lives he was able to touch through music, spanning over 35 years. He leaves behind a wife, many family members and close friends who will miss his vibrant personality, constant jokes and frequent banter."

Born Marcel Hall on April 8, 1964, the native New Yorker brought comic relief to Hip Hop and peaked during the '80s in the age of "old school rap." He sharpened his skills as a DJ at popular New York City nightclubs and served a human beatbox to several rappers before his own emcee skills were discovered by Marley Marl. In an interview, Biz stated, "when I felt that I was good enough, I went to Marley Marl's house and sat on his stoop every day until he noticed me, and that's how I got my start."

Out the gate, he recorded singles with Roxanne Shante ("Def Fresh Crew") and Big Daddy Kane ("Just Rhymin' With Biz"). What followed was his smash hit, "Just A Friend," which is revered as one of the greatest storytelling songs of all time, and "Spring Again." While his peers tackled social issues, his music continued to reflect his sense of humor through "loose storytelling and self-deprecating wit."

Biz also had a brief stint in acting appearing in The Meteor Man, In Living Color, Men in Black II, Eve and Empire. Biz will be remembered as one of the greats and "please listen to the message that [he] send: don't ever talk to a girl who says she just has a friend."