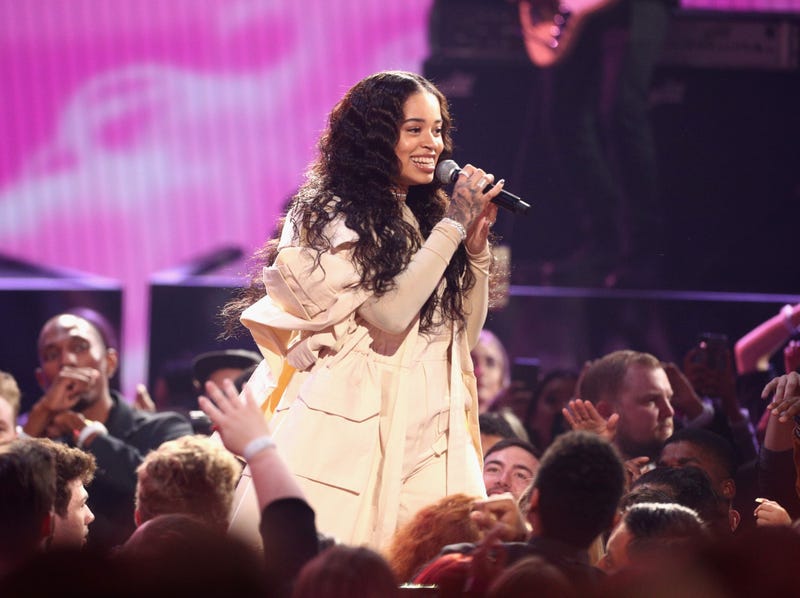 Audacy’s Kenny Burns sat down with Ella Mai on The Kenny Burns Show, just in time for her album release. “'Heart On My Sleeve' is really exactly what the title says,” she expressed. “[It’s] just me being vulnerable, just me really expressing myself these last four years of being a 23-year-old putting out a debut album to now being a 27-year-old putting out a sophomore album.” Heart On My Sleeve follows Ella Mai’s 2018 self-titled debut. At the moment, her personal favorite tracks on the new project are “Break My Heart” and “Didn't Say” ft. Latto.

The album’s lead single “DFMU” released earlier this year, newly entered the Top 10 on Billboard’s Adult R&B Airplay chart. “Obviously the radio edit is ‘don’t mess this up’ and when I had to re-record the line I was just like ‘this doesn’t hit the same,” she explained. Ella Mai additionally revealed that she was “literally recording the whole pandemic,” beginning in early 2020. “It really was just me going to the studio and speaking from my heart,” she said, adding that the recording process was a bit difficult due to studio closings. Personally, the R&B singer prefers feeling everyone’s energy during in-person sessions.

When asked about the time gap between her two projects, she explained that despite the pandemic, it was important for her to deliver her best work. “I wanted to make sure that I was really able to work this album properly,” she shared. “So we kind of took our time and made sure that it was the best version of myself that I could put into the music.” According to Ella Mai herself, her latest project is based on all the lessons in love.

Heart On My Sleeve is available on all streaming platforms now. This weekend, Ella Mai will be performing at Mary J. Blige’s Strength of a Woman festival at the State Farm Arena in Atlanta.

Listen to Ella Mai's full conversation with Kenny Burns above!