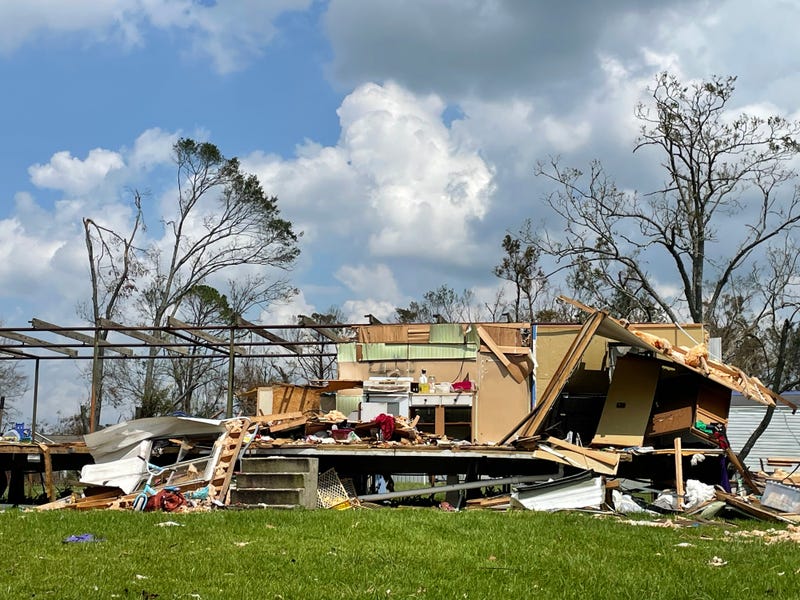 With Hurricane Ida now a full month in the rearview mirror for south Louisiana, many families are still struggling to pick up the pieces as they await approval for aid from FEMA, who has okayed almost 500,000 applications but will still be wading through paperwork for quite some time.

And with that many people needing help, people can fall through the cracks.

Dulac resident Sterling Guidry has spent the month of September alternating between sleeping in his truck or a tent alongside his daughter Bri. Guidry’s home was taken from them when Ida sent a tree crashing through it.

"FEMA denied us today," Guidry told CBS Mornings. "So I'm like stressed out and don't know what to do or how to re-appeal because I'm not a paperwork person. I'm a laborer."

Guidry spoke with CBS lead national correspondent David Begnaud. "You want something done, they say you got to do it yourself, and that's what I've been doing," Guidry said.

That’s why Guidry has been clearing the house he built from scratch off of his property piece by piece, salvaging the parts he thinks he can reuse to start over.

"They hauled off my tiny house in big sections. So I went to the trash pile this morning and cut out part of the floor that was still together to make my foundation."

As for why Guidry was denied by FEMA, he said he couldn’t prove he owned the property, which was left to him by his mother when she died, even with FEMA’s loosened guidelines. No longer requiring a deed, FEMA will now accept proof of property tax payment.

But when Guidry went to the tax office, he learned it was closed until further notice, the phone number disconnected.

Guidry was lucky though. After his story was chronicled by CBS News, FEMA made an exception. The agency allowed Guidry to submit a handwritten, signed letter as proof that he has “lived on the property for 31 years.” Upon receipt, FEMA approved his claim, but while Guidry got a happier ending, he said he’s just one of thousands in the same situation.