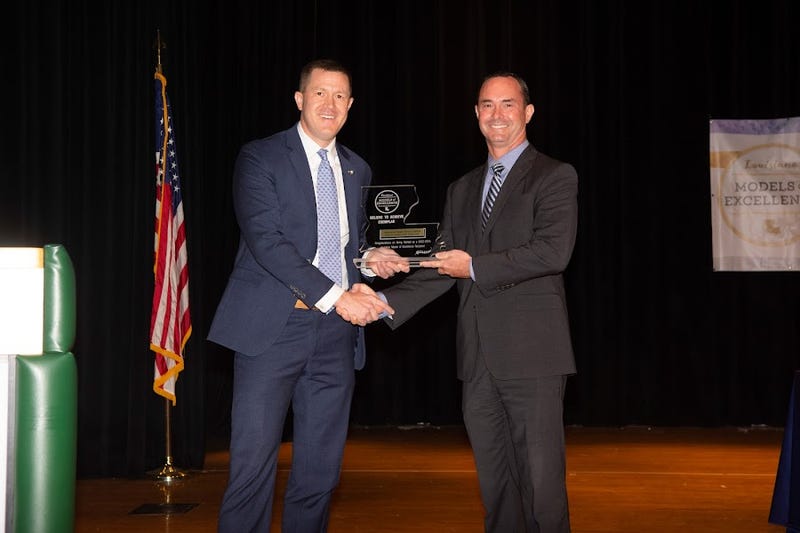 Lafourche Parish was one of the areas hardest hit by Hurricane Ida, yet their students did so well academically after the hurricane that the state’s education superintendent personally delivered a top honor to them. Cade Brumley awarded the Lafourche Parish School District one of its Models of Excellence awards.

“Not only did they have to work the recovery, but they showed some of the most significant academic growth compared to all systems across the state of Louisiana,” Brumley said.

Brumley says LaFourche was tenth overall for performance in LEAP testing, but its four-point increase tied for the largest improvement in Louisiana.  He says a key to the schools’ success is the emphasis on science education, targeted to developing job skills for the local market, plus college preparation.

“Even in the midst of adversity you can get back up on your feet, but also you can thrive academically in terms of outcomes for kids and that’s what they were able to do,” Brumley said.

Brumley adds it was critically important that the schools were supported by a wide range of community leaders who set examples for students by being resilient themselves.

“I think it’s a testament to the resiliency of the bayou communities and the fact that they are doing whatever it takes to try to provide for their children the best way that they possibly can, knowing that their kids need and deserve a quality education,” he added.