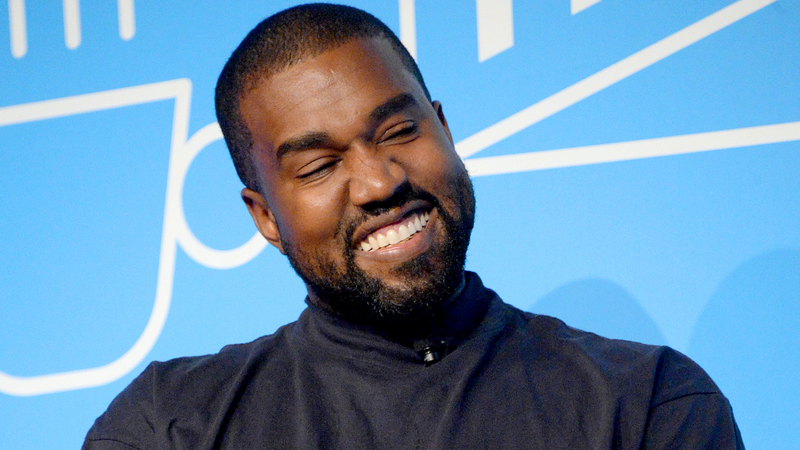 The wait is over. Gap and Kanye West just shock dropped the first item from the Yeezy Gap collection while most people were sleeping. Yup, The “Round Jacket” dropped in the wee hours of the morning on Gap’s website with little warning. Made from recycled nylon, the piece will retail for $200.

Possibly as a 44th birth-Ye gift to himself, the items release comes nearly one year after the joint project was announced back in 2020.

Along with the newly listed item of clothing, Ye opted for his usual ways of street marketing by projecting an image of the zipper-less blue puffer jacket onto various buildings alongside a QR code and the Yeezy Gap logo in specific areas of Chicago, New York, and Los Angeles. Fonzworth Bentley even shared an image of one of the projections on Instagram, so you know it’s Fashion (yes with a capital F).

Seemingly going unnoticed Kanye was actually recently spotted around L.A. wearing the blue “Round Jacket,” which is presumably named after its curved, drop-shoulder silhouette.

Actually, most people were too busy talking about how the rapper was quite controversially also sporting a pair of Nikes and his go-to face coverings as of late, the jacket went a bit unnoticed.

However, not anymore. For those interested the zipper-less blue puffer jacket, it is currently available for pre-order to US customers only,  expected shipping is sometime in Fall 2021.

While there is still no official indication as to when the full product line will start to trickle its way into Gap stores nationwide, various rumors have been circulating in recent weeks making it seem like the full drop is coming soon. Guess in the meantime we’ll just have to keep patiently waiting for those hoodies he promised. Fine, it’s whatever, we’ll let it slide for his birthday.