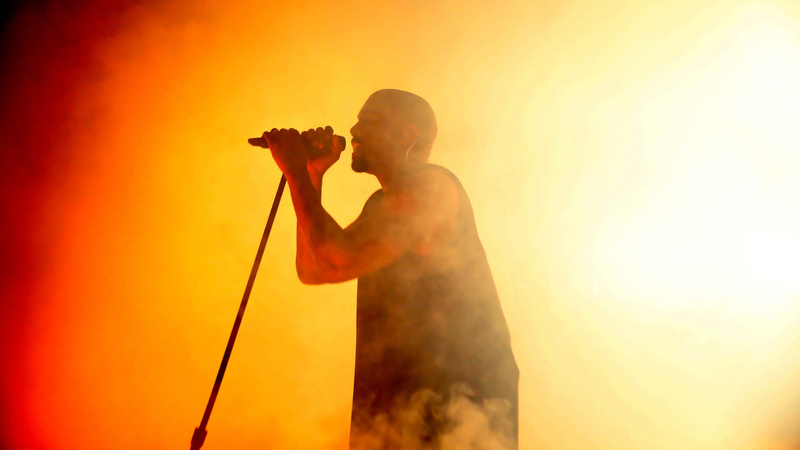 Kanye West premiered his tenth studio album, DONDA, Thursday night at the Mercedes Benz Stadium in Atlanta and what an experience it was.

In true Ye fashion, the show began when he wanted it to. Contrary to popular opinion, it was worth the wait. The rapper went through the highly-anticipated LP, track-by-track, with features from Pop Smoke, Roddy Rich, Don Toliver, Lil Baby and many others.

Ye paced the all-white stage wearing his recent signature full face mask with each track blaring throughout the jam-packed stadium. Earlier this week, the Chicago native teased a tracklist with songs entitled "We Made It," "Donda," "Pure Souls," "Daylight," and "Off The Grid." One song that had us on the edge of our seats was a song where Ye spoke on "losing my family." The narration repeated the phrase, "no matter what you never abandon your family."

Yet, the song that caused the most stir was the final track that featured a surprise verse from JAY-Z. Fans immediately began to tweet their support with #WatchTheThrone2. Hov can even be heard rapping, "this might be the return of the throne" and now, we're ready for a lyric breakdown.

Young Guru also revealed that Hov finished his verse earlier that afternoon— at 4PM, to be precise.

Will DONDA be released today? Only Ye can answer that. In the meantime, check out Audacy's exclusive station, Kanye West Radio, solely dedicated to hits, deep cuts, features, and produced tracks from the Chi-Town mastermind.