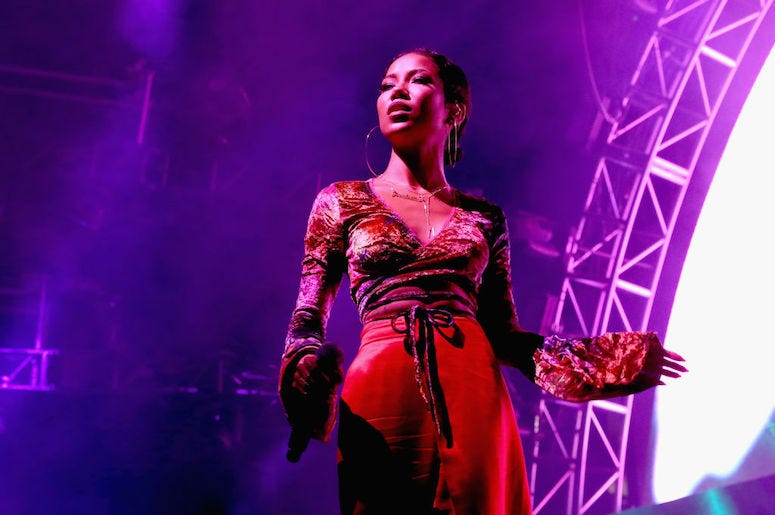 Listen up #Soulmates! This year, there are eight contenders gunning for the coveted crown and we are here solely to place our bid about why the W belongs to Jhené Aiko’s Chilombo.

Jhené Aiko made her official debut as an artist almost a decade ago with her Sailing Soul(s) mixtape. In the midst of similar R&B waves crashing into the shore simultaneously, she stood out. With a soft voice and head-turning lyrics, the airy, soulful introduction laid the foundation for what Jhené would become throughout her career. She grew musically, vocally and in popularity with her EP, Sail Out. Seamlessly blurring the lines of R&B and Rap, her growth led to her first GRAMMY nominations for Best R&B Song and Best Urban Contemporary Album.

By the time Souled Out was released in 2014, Jhené was fully in her pocket. She would further incorporate various facets--poetry, her alter ego, J. Henny-- into her music and was a go-to feature for rappers who wanted to add a level of sultry softness to their tracks. She experimented with her partner, Big Sean and formed the duo Twenty88, only to then channel her process of self-medicating, grief and healing with the surprise 2017 LP, Trip. All of these moments found a beautiful way to blend in her third studio album, Chilombo. In an interview with the Recording Academy, she stated, “I never really put too much expectations on my projects. I just, sort of, let go and let God and see what happens.”

Well, what happened was Chilombo became the best debut out of any of her projects. It debuted at No. 1 on the Billboard Top R&B Album chart and No. 2 on the Billboard 200. Not to mention, Chilombo was the biggest debut for an R&B album since Beyoncé’s Lemonade, says Billboard, and is currently certified Platinum by the RIAA (Recording Industry Association of America). Amid the album’s release, the Magic Hour tour was set to follow it up, but was recently cancelled due to the coronavirus pandemic.

Congratulations!! @JheneAiko’s album #CHILOMBO is the #1 Billboard Top R&B Album & #2 on the Billboard 200. Jhené had the biggest album debut from a female R&B artist since Beyoncé’s ‘Lemonade’! 🌋

When making the album, Jhené felt “what I’m working on right now is bigger than me and it doesn’t have to be this complicated thing. For me, I just want to lead by example.” This time, the Slauson native incorporated crystal alchemy sound healing bowls into each track -- something she hadn’t previously done. In a mini docuseries entitled Journey To Chilombo, she shared that her purpose with her music is “to heal” and she even released a meditation track, “Triggered Protection Mantra.”

Each healing sound connects to a different chakra within the human body. She explained to Billboard that “for instance, ‘P*$$Y Fairy (OTW)’ is in the key of D, so I played a bowl in the note of D. D corresponds with your second chakra (sacral chakra), which governs your sexual organs below your navel and your hips. So even though the song is fun and sexy, there’s an actual healing instrument in there to help balance you out in those areas.”

Jhené, herself, declared Chilombo as “all of my projects that I put out prior to this combined. This is the baby — but it’s the evolved version.” Jhené has spent years ushering in “progressive” R&B. She defined the genre as “true self-expression. R&B has roots in blues, so it’s not just singing about the good times. People are digging into the depths of what they’re going through [more than ever]...”

She embodies this better than most. Whether you tap into her sexual nature, her healing mantra, or just need an escape, Chilombo has it all. Between the vast array of visuals and the lyrical content, which Jhené declared as the “realest s*** [she] ever wrote,” the features (H.E.R., John Legend, Big Sean, Nas, Ty Dolla $ign, Wiz Khalifa, Kehlani and more) only compliment the project and push it to its complete greatness. What R&B now is, is personal and fluid, but never gets its proper shine. The win for Jhené Aiko’s Chilombo will prove what many already know to be true: R&B is not dead. It never was; allow us to remind you why.

Eager to see how innovative the 2021 GRAMMYs is set to be? See it all together on CBS, Sunday March 14th, starting at 8PM ET.