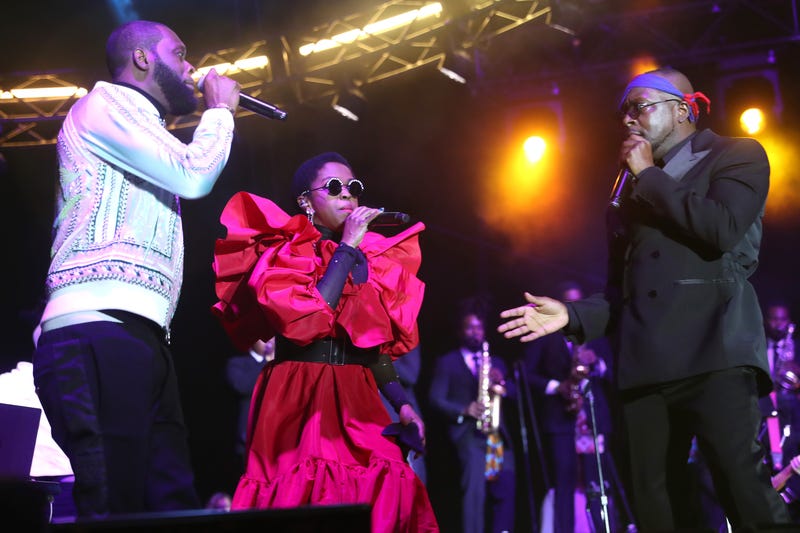 The Fugees, have announced that they will be canceling their reunion tour, which was initially organized to celebrate the 25th anniversary of their hit 1996 album, The Score.

Listen to Fugees Radio, now playing on the Audacy app

In an announcement across social media, Lauryn Hill, Wyclef Jean and Pras Michel jointly expressed, “We anticipate and understand disappointment but our anniversary tour will not be able to happen. The continued Covid pandemic has made touring conditions difficult, and we want to make sure we keep our fans and ourselves healthy and safe. An idea sparked to honor and celebrate this 25th anniversary of ‘The Score’ but we see now it may not currently be our time for revisiting this past work. We’re grateful for the special night we did get to share with some of you in New York, with that rare live moment. If opportunity, public safety, and scheduling allow, we hope to be able to revisit this again sometime soon. Thank you for all of your love and support throughout the years.”

The group’s reunion tour would have been the Fugee’s first in 25 years. The dates were announced abruptly last September, which followed with a concert in September at Pier 17 in New York.

The 12-city show dates were supposed to launch on November 2 at United Center in Chicago and span across the U.S. The tour was set to conclude in Africa, with shows in Nigeria and Ghana, but the dates were postponed just three days before they were set to take place.

During the group’s September 22 show in New York, the Fugees were joined by over 20 musicians on stage. However, the trio played seven songs after coming to the stage three and a half hours later than planned. At the time Hill explained, “We’re still cooking it.”