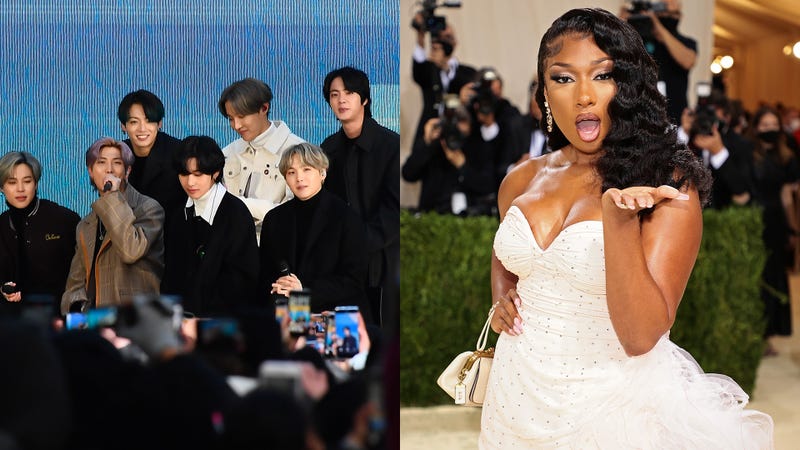 If this isn’t the definition of friendship goals, we don’t know what is.

Just weeks after they dropped their hit collaboration with the “Butter” remix, BTS and Megan Thee Stallion got together for an IRL hangout and we have serious FOMO.

The two superstars hung out together on a rooftop during a gorgeous New York City afternoon snapping selfies and having a blast. Even Meg’s adorable French bulldog, 4oe, got in on the action.

The newly released remix is just another milestone in the wildly successful summer “Butter” has enjoyed so far. BTS’ second all-English single was a chart-topper as it spent nine weeks at the number one spot on the Billboard Hot 100 chart.

“Butter” is currently the longest-running number one single of 2021 thus far.