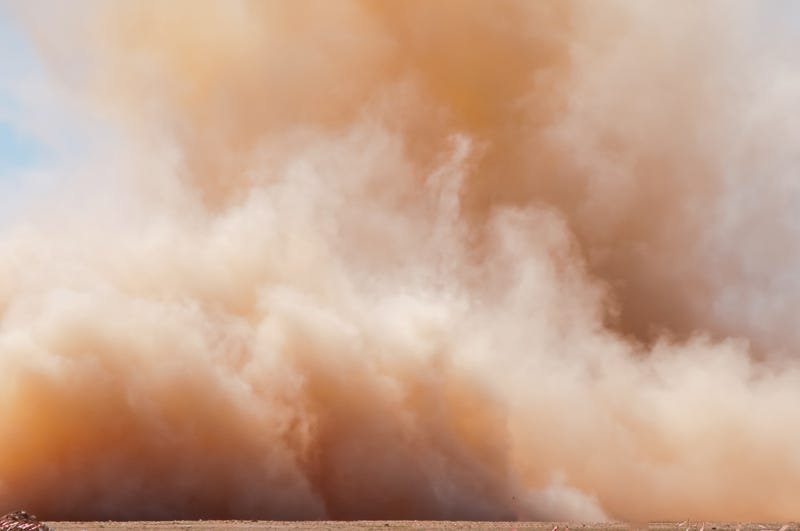 Dust is on the horizon in Florida and states along the Gulf Coast as sand has kicked up from the Sahara Desert and is making its way across the Atlantic.

The dust could make its way to Florida by Friday or Saturday at the earliest, according to AccuWeather.

We flew over this Saharan dust plume today in the west central Atlantic. Amazing how large an area it covers! pic.twitter.com/JVGyo8LAXI

Last year a similar dust cloud made its way across the Atlantic Ocean, nicknamed the “Godzilla dust cloud.” While there won’t be as much dust as last year, there were still be enough to be noticed.

A dust plume from the Sahara Desert has traveled across the Atlantic and is darkening skies in the Caribbean. One model predicts it will reach the Southeastern and Mid-Atlantic US. https://t.co/ul5mWQMOxZ pic.twitter.com/qGc8rsyfiS

The dusty air is caused by a weather pattern known as the African easterly jet. The weather pattern consists of strong low to midlevel winds in the atmosphere over central Africa.

The #CopernicusAtmosphere Monitoring Service dust aerosol forecast shows a large plume of #SaharanDust has crossed the Atlantic Ocean and reached the Caribbean. CAMS global analyses shows high values across much of the Sahara since the beginning of June➡️https://t.co/GGS7oQX0df pic.twitter.com/vxfWX43vp4

“There are a lot of thunderstorms across central and southwest Africa, indicating a very active east African jet which should bring more robust tropical waves into the Atlantic during the next couple of weeks,” AccuWeather Hurricane Expert Dan Kottlowski said. “These features will bring more dust, but we can’t tell at this point whether there will be any mega dust outbreaks like we saw last year. We will just have to wait and watch.”

Health experts have also warned that the dust could cause COVID-19 like symptoms.

With the plume making its way to the states sometime this weekend, Florida residents should expect to see a hazy, milky sky and some wild sunsets with the dust in the air.