Meals on Wheels America announced that the couple tied the knot in an intimate ceremony over the weekend.

"We're thrilled to break the news that Scarlett Johansson and Colin Jost were married over the weekend in an intimate ceremony with their immediate family and love ones, following COVID-19 safety precautions as directed by the CDC," the organization wrote on Instagram.

A post shared by Meals on Wheels America (@mealsonwheelsamerica)

"Their wedding wish is to help make a difference for vulnerable older adults during this difficult time by supporting @mealsonwheelsamerica. Please consider donating to celebrate the happy couple by clicking the link in our bio," the post continued.

The "Black Widow" star and "SNL" comedian got engaged in May 2019 after two years of dating, reports People. 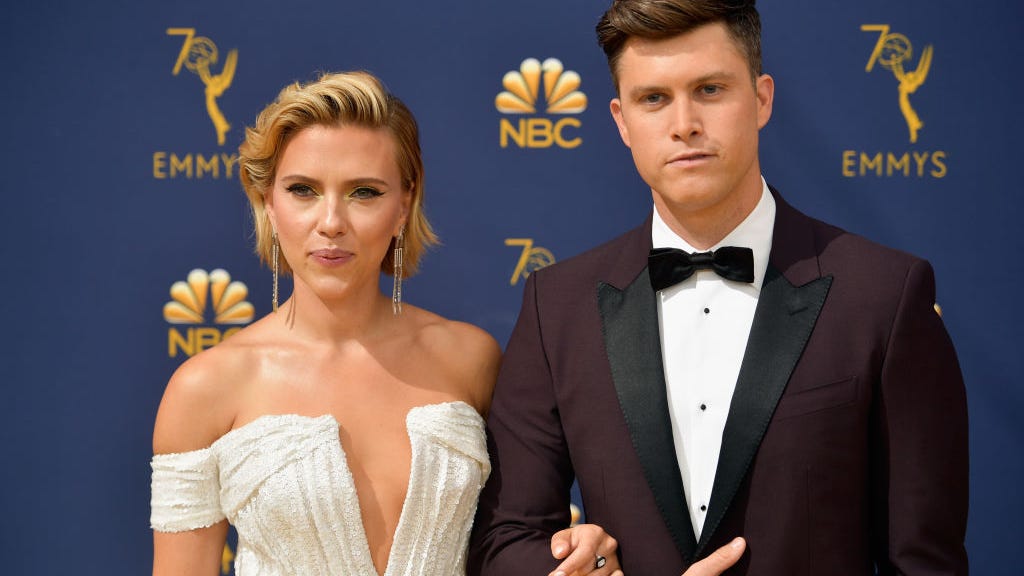 Scarlett Johansson: Colin Jost Is 'The Love of My Life'

In December, the actress hosted the sketch series for the sixth time. During the episode, she hugged and kissed her fiancé and thanked the show for introducing her to "the love of my life."

She even referred to her partner at the beginning of her opening monologue, stating: "[If] the show's bad, what are they going to do, fire my fiancé?" she said. "Oh no, what will we do without his paycheck?"

This is Jost's first marriage. Johansson was previously married to Ryan Reynolds and French businessman Roman Dauriac. She shares a 6-year-old daughter with Dauriac.