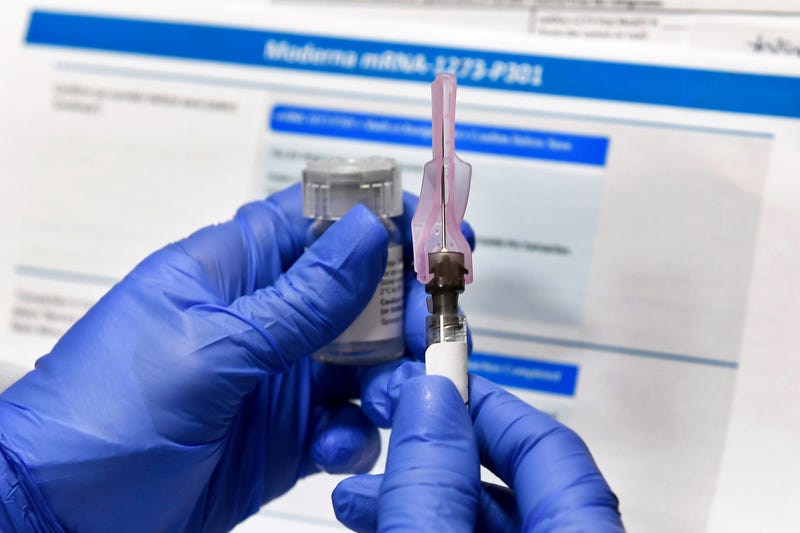 Photo credit FILE - In this Monday, July 27, 2020 file photo, a nurse prepares a shot as a study of a possible COVID-19 vaccine, developed by the National Institutes of Health and Moderna Inc., gets underway in Binghamton, N.Y. Who gets to be first in line for a COVID-19 vaccine? U.S. health authorities hope by late next month to have some draft guidance on how to ration initial doses, but it’s a vexing decision. (AP Photo/Hans Pennink)
By The Associated Press

Who gets to be first in line for a COVID-19 vaccine? U.S. health authorities hope by late next month to have some draft guidance on how to ration initial doses, but it’s a vexing decision.

“Not everybody’s going to like the answer,” Dr. Francis Collins, director of the National Institutes of Health, recently told one of the advisory groups the government asked to help decide. “There will be many people who feel that they should have been at the top of the list.”

Traditionally, first in line for a scarce vaccine are health workers and the people most vulnerable to the targeted infection.

But Collins tossed new ideas into the mix: Consider geography and give priority to people where an outbreak is hitting hardest.

And don’t forget volunteers in the final stage of vaccine testing who get dummy shots, the comparison group needed to tell if the real shots truly work.

“We owe them ... some special priority,” Collins said.

Huge studies this summer aim to prove which of several experimental COVID-19 vaccines are safe and effective. Moderna Inc. and Pfizer Inc. began tests last week that eventually will include 30,000 volunteers each; in the next few months, equally large calls for volunteers will go out to test shots made by AstraZeneca, Johnson & Johnson and Novavax. And some vaccines made in China are in smaller late-stage studies in other countries.

For all the promises of the U.S. stockpiling millions of doses, the hard truth: Even if a vaccine is declared safe and effective by year's end, there won’t be enough for everyone who wants it right away -- especially as most potential vaccines require two doses.

It’s a global dilemma. The World Health Organization is grappling with the same who-goes-first question as it tries to ensure vaccines are fairly distributed to po