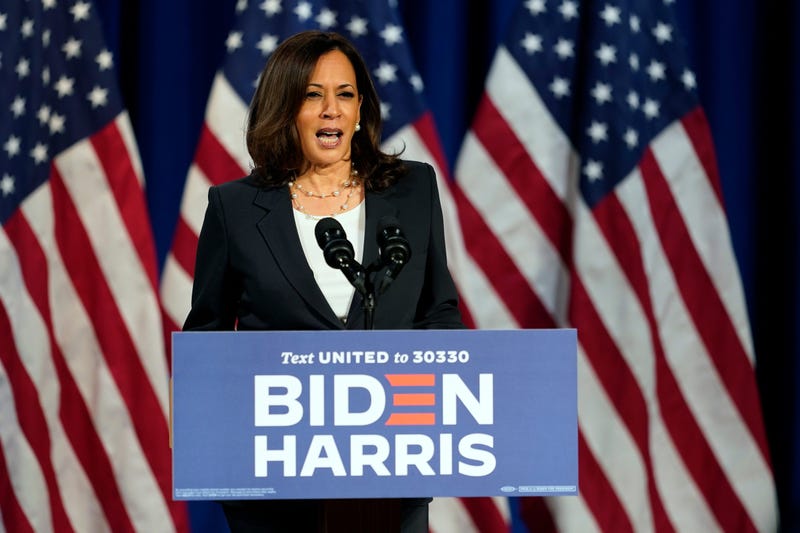 The dual appearances by Pence and Harris come just days after President Donald Trump and former Vice President Joe Biden were in Kenosha two days apart. Wisconsin is one of a few swing states that Trump won by less than a percentage point in 2016.

Pence plans to visit Dairyland Power Cooperative and deliver remarks. The Biden campaign did not immediately release details Friday about the visit from Harris, a U.S. senator from California.

Pence was last in Wisconsin on Aug. 19 when he toured Tanckcraft in Darien. That visit corresponded with the Democratic National Convention.

Prior to Biden's visit, he hadn't campaigned in Wisconsin since October 2018.

It will be Harris' first time out on the traditional campaign trail since joining the ticket. She's been sticking to digital fundraisers and organizing events. She traveled to Delaware after Biden selected her as his running mate and during the Democratic National Convention, but she's otherwise remained in Washington.

Milwaukee, where she'll visit, is less than an hour north of Kenosha, where protests have erupted over the police shooting of Jacob Blake. Harris, the first Black woman on a major party's presidential ticket and a former prosecutor, has called his shooting evidence of two different systems of justice in America.

Asked Friday about why Harris hasn’t yet done in-person campaign events, Biden said the two are trying to cover as much territory as they can rather than campaigning together. Harris has been doing virtual events.

“She’s out herself," Biden said. “She is an incredibly competent candidate. She is doing a great job. There will be times when we can get with her, there’s a lot of territory to cover."