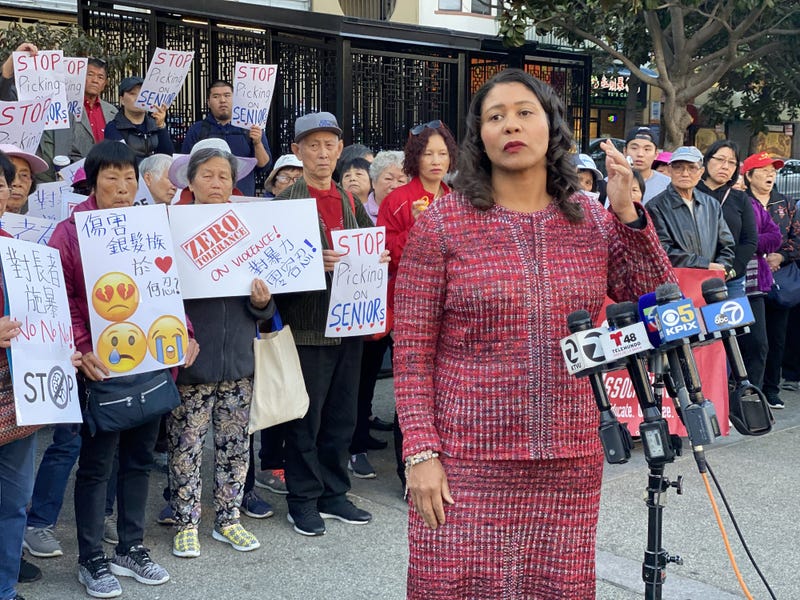 Residents of San Francisco’s Chinatown are concerned about safety in the neighborhood following a vicious assault on several seniors by a group of suspects.

On Saturday, three suspects sent two men in their 60s to the hospital after a vicious beating, according to authorities. The assault, which occurred in Portsmouth Square, was caught on video.

Advocates for residents said they're concerned about providing resources to victims.

Lai Wa Wu of the Chinese Progressive Association said that victims often have a hard time accessing services. She wants to make sure San Francisco is responsive to the needs of Chinatown residents.

“Part of that includes that the city department provide language services for our victims,” said Wu. “Services that our monolingual speakers so desperately require in order for them to feel truly safe.”

“We’re not doing a good enough job with that today, and one of my primary commitments as the next District Attorney is to ensure we expand resources in the language and with cultural sensitivity that victims of crime need,” he said.

The police are still looking for the attackers, who were driving a grey Jeep Cherokee.

"We need to identify the context and the circumstances of what we see in that video, in order to determine what charges are appropriate to file,” said Boudin. “I hope and expect the police will make an arrest. And I look forward, whether it’s me or whether its interim District Attorney Loftus, to filing appropriate criminal charges and holding those people accountable.”

Activist Eddie Wa reiterated the need for the city to do more, and "have culturally competent resources so people will feel safe to seek help for healing,”