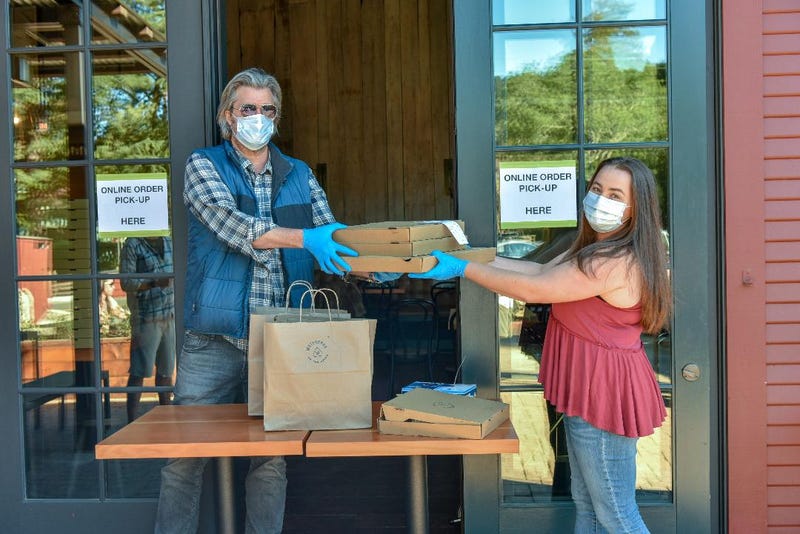 Instead of preparing for high school graduation, 17-year-old Kylie Frame is delivering meals to frontline workers during the coronavirus pandemic.

"Everyone is so bored right now and I feel like I’ve never been busier," Frame said.

The Tamalpais High School senior has watched many of her memorable milestones vanish this year. Her final lacrosse season has been scrapped. College visits, prom and graduation all canceled.

Frame decided to use her free time to give back.

"It’s really been able to district me and give me a purpose during this time," Frame said. "It’s so heartwarming that it almost makes up for all the loss."

She calls her program "Feed the Frontlines Marin."

The idea is to buy food from local restaurants and deliver it for free to those who are physically still on the job like trash collectors and first responders.

"They deserve a thank you, not just the healthcare workers, we want to show our appreciation for the grocery workers who are keeping us well fed and the sanitation workers who are making sure we’re staying healthy," Frame said.

Less than a month after she launched the project, Frame raised over $40,000.

"All the money that’s coming in is staying in Marin and supporting our local economy," she said.

Kylie’s next goal is to generate enough donations to feed needy families.

"The motto I’ve been going with is 'thinking local, but acting global,'" Frame said. "We have to support local right now in order to come out of this on top."

If you know someone who is working to keep us safe during the COVID-19 crisis and would like to nominate them as a KCBS Difference Maker, send a nomination to us at differencemakers@kcbsradio.com.