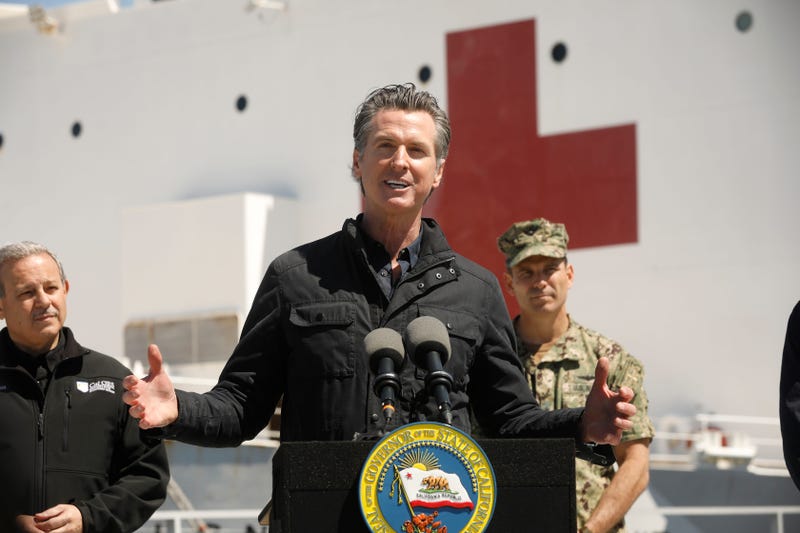 During the daily coronavirus briefing, Governor Gavin Newsom and top state health officials announced they are laying out a framework, but not a specific timeline, for reopening California and reviving its social and economic life.

He set the following six benchmarks for the state to meet before he will consider relaxing shelter in place rules and entering a transitional phase: vastly expand testing capacity; advance contact tracing accuracy; ensure hospitals are ready in case of a second wave; progress on a vaccine; strengthen protection for the most vulnerable; and a consistent, steady decline in hospitalizations.

“We are sober about the fact that we’re still seeing an increase in hospitalizations, modest though it might be, but also the total number of individuals tested,” Newsom said. “We are not out of the woods, yet.”

He asserted that local mayors, counties and health departments will have a big say in this, but did not respond to President Donald Trump’s claim of being in “total control” about states reopening its economies.

Even then, Newsom said not to expect normal life with large gatherings like weddings and ball games by this summer.

That could mean split shift classes in the fall and no PE or recess, along with other restrictions, so that schools can reopen in some form by September.

Newsom said that they are releasing these guidelines now to encourage hope, as it might be a while until those aforementioned benchmarks are met.

“This is not a permanent state,” Newsom said. “There is some light at the end of the tunnel.”