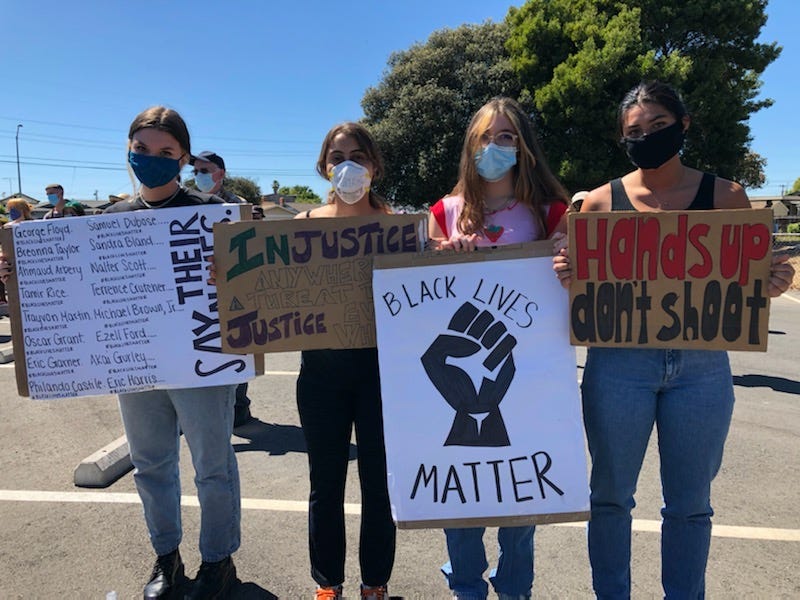 An afternoon protest and march in Richmond at the Easter Hill United Methodist Church on Monday was organized by a brand new youth group that has been formed out of the recent weeks of unrest.

The Youth Solidarity Project is only one week old, but they have very big plans, said member Krystina Coleman.

“As an African-American myself, it’s really powerful that we have a lot of allies, a lot of community, a lot of diversity in Richmond, and that we’re able to show power through that,” he said.

He added that they saw the need for a platform for young Black people living in West Contra Costa County to be able to share what they’re going through.

Volunteer Melissa Moorhead said she wanted to come help this new group out, especially because it’s run by young people.

“It’s really inspiring, and it feels like a really important community to follow and support because they don’t necessarily have the same kind of support as bigger groups, necessarily,” she said. “Especially a newer group like this is important to support.”