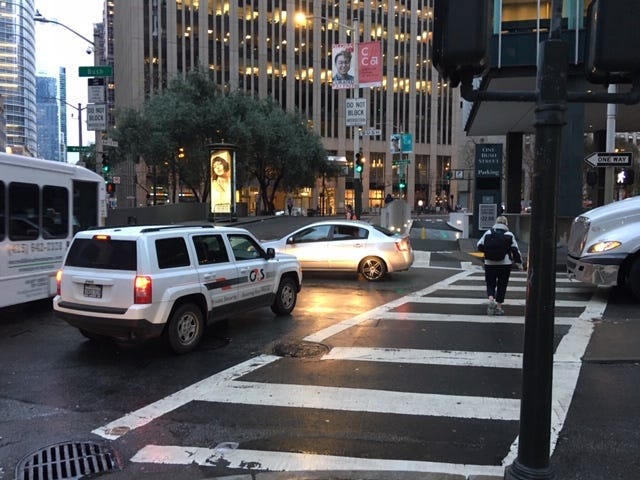 SAN FRANCISCO (KCBS Radio) -- The streets of San Francisco have long been a danger zone for pedestrians. A week's worth of serious collisions that left two people dead and at least four others seriously hurt has Mayor London Breed demanding more action from city departments.

Breed ordered three city agencies to pick up the pace of planned safety projects. She also asked the San Francisco Police Department to issue at least half of its traffic citations for five safety-oriented offenses: speeding, running red lights, running stop signs, failing to yield while turning, and violating pedestrian right-of-way. The SFPD last reached that goal in early 2017, according to city reports on the so-called "Focus on Five" effort.

The mayor's directives come at a time when many observers say motorist and pedestrian lawlessness is rampant. KCBS Radio's Tim Ryan reported Thursday morning, "I'm spotting a violation every single cycle of the light," as he watched commute traffic at the corner of Bush and Market Streets.

Ryan said the violations ran the gamut, including offenses by pedestrians. He also said that in over an hour of watching the intersection, he never saw a police officer.